‘Terra Nova’ Fate Beyond Season One To Be Decided ‘Very Soon’

Fox Entertainment President Kevin Reilly recently announced that the network will make a decision about the fate of “Terra Nova” “very soon.”

Fox Entertainment President Kevin Reilly recently announced that the network will make a decision about the fate of “Terra Nova” “very soon.”

“I do feel fortunate that we have some high-class problems,” Reilly began. “Terra Nova was an exciting bet to take and it’s proven that it was worthwhile.”

He said prehistoric adventure series did moderately well, but added they had been hoping for more.

But despite the fact that the series is expensive to produce, Reilly admitted Fox still made money on the 13-episode first season.

“The bar was sent enormously high ad if this is all we produce, we made money, the studio made money, the audience enjoyed it… it’s clearly a conceit that people wanted to watch.”

“If we had more holes, we’d be thrilled to lock it in,” he said. “Right now we’re looking at everything: new shows premiering, development, we’ll decide very soon.”

“It needs to get back into production next month. We won’t be able to drag our feet on it for too long.”

“But we know there’s a show there to bring back and an audience there to access.” 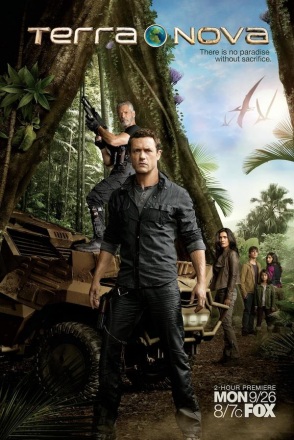