Check out the great new character posters from ‘The Avengers’ that feature everyone – Even Cobie Smulders’ Maria Hill who looks like she just caught wiff of a serious Nick Fury fart.

We are just a couple months away from the release of Marvel and Joss Whedon’s ‘The Avengers’ on May 4th and I am super excited. Disney and Marvel just put out a new set of super-serious looking character posters so we had to share them with you. Almost everyone looks great in the posters… but we feel kinda bad for Cobi Smulders.

She is sharing a poster with Sam Jackson’s Nick Fury. It looks very much like his ass might be exploding and she is standing behind him with a very odd (did you just hear/ smell that) look on her face. 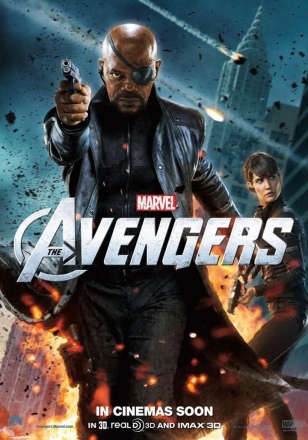