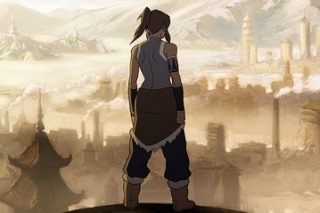 Yesterday, Nickelodeon revealed the first image of the title character Korra from “The Last Airbender: Legend of Korra,” their much anticipated follow-up to its animated series “Avatar: The Last Airbender.”

Today, they have revealed a list of the stars who will be providing the voice talents to the new series in addition to the roles they will play. Notable talents include “LOST’s” Daniel Dae Kim, “Married with Children’s” David Faustino and Janet Varney as Korra. (Personally I’m not sure how I feel having Bud Bundy being in this)

It’s unknown at this time if any of the talents from the original series will reprise their original roles in this new animated series. From the initial look of it all, it seems to be an entirely new cast.

Fans can expect “The Last Airbender: Legend of Korra” to premier next year.