As always, the stuff after the jump is cool, but if you are worried that any little image or detail might be a spoiler for you, don’t click on it.

We’ve got some great new stuff for you from The Walking Dead, which is set to premier season 3 on October, 14th. First, there are some great pictures of the cast in action. I am so excited to see Merle back in action, especially since he’s apparently had a chance to visit the “Army of Darkness” hand prosthetic shop. I’m also dying to see how the Governor plays out.

Along with the images, we’ve also got some great new info from Glenn Mazzara, the showrunner.

Here’s what he had to say about keeping the show scary:
“The number one rule is not so much keeping the zombies scary, it’s keeping the show scary. [The zombies] are always a horror but as our folks learn to live with them, the new horror becomes what people will do to survive and to protect each other in this world. And what they’re willing to sacrifice to achieve their ambition. So it’s very much a human drama, and I think these new characters, particularly The Governor, certainly do play into that.”

Here’s what he had to say about how the Rick’s leadership of the group will be effected after the events of the season 2 finale:

“Rick’s reign is initially successful in the fact that they do discover this prison and that proves at first that Rick was right that there’s a place out there that perhaps they can be safe. The question becomes how far can he push the group? What is the breaking point? And Rick will certainly have to deal with how far can he push himself and what is his breaking point.”

Here’s what he had to say about making the character of the Governor balanced:

“Part of the attraction of The Walking Dead for our fans is that it feels real, and that means that The Governor has to feel real. He needs to be a person who has a real soul and has a depth and intelligence, and he’s not just a cardboard arch-villain who’s going to play as a foil to our characters. I think David Morrissey is doing a phenomenal job finding the humanity in that character and by having that humanity so prevalent when he commits atrocious acts, I think they’ll be that much more horrifying.” 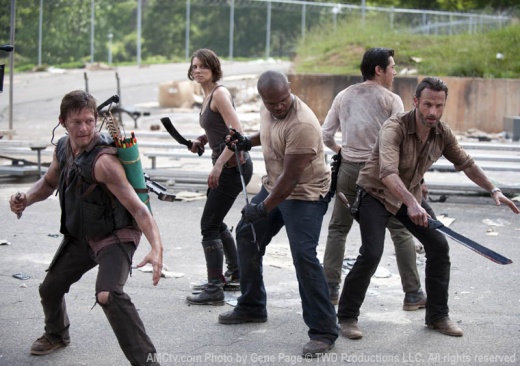 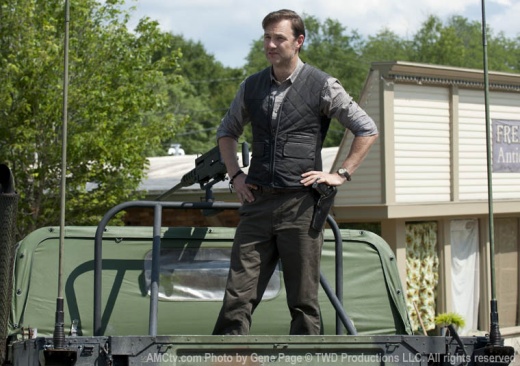