This changes pretty much everything that we thought we knew about the context for the new Wolverine film.

Wolverine is still nine months away from its july 26, 2013 opening and some of what we thought was true about the story has now been turned on its ear. Initially, we thought that the film would be a prequel to the X-Men trilogy storyline, but now we are finding out that the film now takes place after those films.

This new info comes from an interview between The Wolverine Director, James Mangold and Empire Magazine.

On the subject of where this film fits into the X-Men Timeline:

“Where this film sits in the universe of the films is after them all,” reveals Mangold. “Jean Grey is gone, most of the X-Men are disbanded or gone, so there’s a tremendous sense of isolation for him.”

On why he believes it needs to exist beyond the current continuity:
“That’s something that for me was very important, that I land in a very specific place in his timeline,” says Mangold. “I wanted to be able to tell the story without the burden of handing it off to a film that already exists and having to conform to it. The ideas of immortality reign very heavily in this story and the burden of immortality weighs heavily on Logan. For me that’s such an interesting part of Logan’s character that is nearly impossible to explore if you have a kind of league or team movie.”

As the the appearance of the bone claws, we can only guess right now that they are part of a 1940’s Japanese flashback scene from before he was given his admantium skeletal coating. 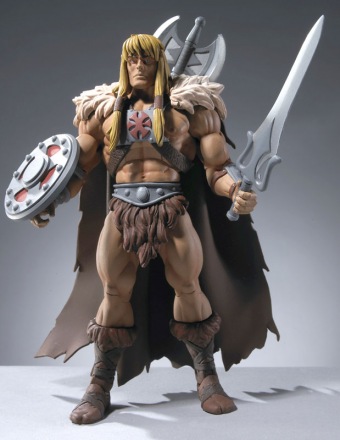