With Halloween over and Christmas quickly approaching, it seems that the zombie news has slowed down a bit. Like the walking corpses we enjoy reading about, news of the undead won’t die.

With Halloween over and Christmas quickly approaching, it seems that the zombie news has slowed down a bit. Like the walking corpses we enjoy reading about, news of the undead won’t die. Before our recap, remember to enjoy the celebration at Zombies & Toys where we are giving away free zombie goodies all month to celebrate our second anniversary! 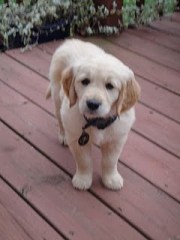 We started the week with a contest to win a dog ID tag. Yes, it is a bit odd for a zombie news blog to give away dog tags. These ID tags, however, proudly states on one side “I Fight Zombies” while providing your pooch’s information on the other. We have three tags to give away and each winner can have four lines of information printed on them. Our new attack dog, Artoo, wears hers proudly.

Wrapping up the last of our reports from Halloween was another zombie attack. This time, it was a comic strip to fall victim. For six days leading up to the holiday, the comic strip Zits featured “Six More Reasons Why Zombies Would Make Cool Parents”. I just wonder which comic strip will feature the undead next.

Our book review this week was an advance copy of Isaac Marion’s “Warm Bodies”. Currently available in the UK, those of us stateside will not see the book published until early next year. The movie rights to the book have already been snatched up by Summit Films. If that name sounds familiar, it’s because they have given us the Twilight films. To add to the excitement, the book’s publisher has sent several copies of Warm Bodies to be awarded to lucky Zombies & Toys readers! Make sure to visit us to find out how you can win a copy. 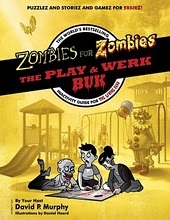 Because one book is not enough, we also featured a review of David Murphy’s Zombies for Zombies: The Play and Werk Buk. Unlike other books of the undead, this one is an actual activity book. Keep your mind active and be entertained at the same time! And, yes, we are giving several copies of this title away as well. The grand prize winner will win this book as well as its predecessor, Zombies for Zombies: Advice and Etiquette for the Undead. 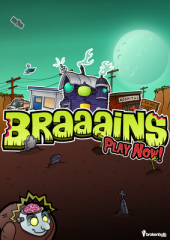 Our featured game review this week was something a bit different. As a first, we featured a game that is played on Facebook. Braaains is a game that gives you the purpose of raising an army of zombies and earning brains. Though not reviewed, Zombie Panic in Wonderland was also featured this week. Only a company like Nintendo can feature a game where you escape zombies who are trying to hug you. Yes, you read that last statement correctly. 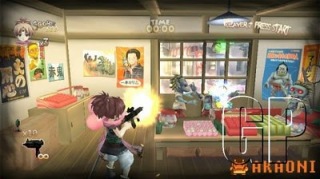 With the holidays quickly approaching, make sure to keep an eye on Zombies & Toys for some great gift ideas. In addition to the many items we will be giving away between now and the end of the year, we also have several reviews in the works. So if there’s a fan of the undead on your list, we can help. We can also help you find some items to put on your wish list!