With all the problems this movie is having, it will be interesting to see what happens at tomorrow’s panel.

With all the problems this movie is having, it will be interesting to see what happens at tomorrow’s panel. First they lost writer/ director, Edgar Wright, now Patrick Wilson, Matt Gerard, Kevin Weisman have all announced that they’ve left the film. Marvel is adamantly denying it, but speculation is running high that it is all still fallout from the departure of Wright. Marvel’s take on it is that Gerard and Weisman’s characters just didn’t make the cut of the new script from Adam McKay. Wilson, on the other hand is leaving due to a scheduling conflict.

Fans are still expecting that tomorrow will bring a bright spot of news for both Avengers: Age of Ultron and Atn-Man with the much speculated announcement of Evangeline Lilly as The Wasp. 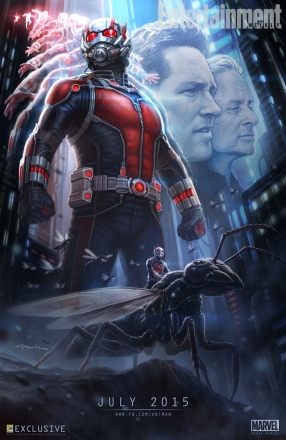