Fans are still pretty split on the DC streaming universe’s upcoming Titans show. Between the look that was chosen for Anna Diop’s portrayal of Starfire and the now infamous “F’#*& Batman” line, there is a lot to be wary of.

Well, with the show set to premiere on October 12, the marketing is starting to ramp up. To kick things off, a team poster was released today that features the entire cast of Dick Grayson (Brenton Thwaites), Raven (Teagan Croft), Starfire (Anna Diop), and Beast Boy (Ryan Potter). 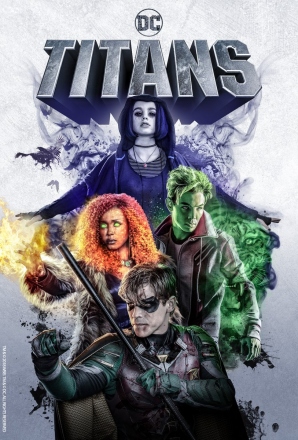