Tom Holland has become so known for accidentally spilling the beans on MCU secrets that now they just give him things to reveal. Today, that reveal came in the form of the title for the sequel to Spider-Man: Homecoming. No, the name isn’t Spider-Man: Graduation Day, or Spider-Man: Class Trip. It looks like the movie will be going with the title of Spider-Man: Far From Home.

The more we learn about this film and the sequel to Avengers: Infinity War, the more this name makes sense. We know that this film will largely be filmed in the UK, so he will literally be far from home. Meanwhile, we have to figure that there will be some emotional repercussions related to the events in Infinity War and the rumors that someone he looks up to isn’t going to survive the film. 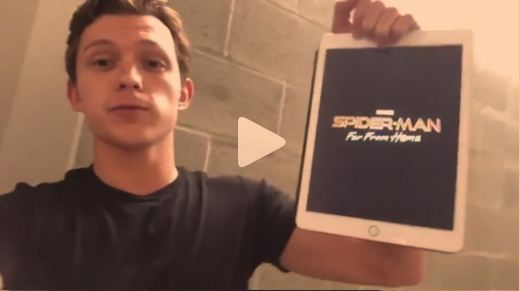