This sounds like something that could have been really cool…

The BBC has a long history of great radio plays, whether it is something like The Hitchhiker’s Guide To The Galaxy, or darker fare like Neil Gaiman’s Neverwhere. Their next project is a radio play that is based on the themes presented in Pink Floyd’s Dark Side of The Moon.

It has all the makings of an amazing broadcast. epic source material. A voice cast that includes: Bill Nighy, Rufus Sewell, Adrian Scarborough, Iwan Rheon and Amaka Okafor. They even Aardman (the studio behind Wallace and Grommit) create a visually stunning 3 minute trailer for the radio show.

I grew up listening to Pink Floyd. There’s no doubt that their music is highly political. Still, I’m saddened to see (or, rather to hear) the script for this play seems so heavy handed that it starts to detract from the greatness of the source material and begins to feel more like a slightly more musical version of Al Gore’s An Inconvenient Truth.

“The ice is melting. Your drink is getting warm. A wall of water is heading for your patio. From space, you can see the coal furnaces glowing. We consume everything. We are dying of consumption. hard woods are toppling for dashboards, the last rhino has given up it’s horn for a cancer cure that doesn’t work. The last fish is gasping beneath a floating island of plastic as big as France. The weather forecast is a state secret.” 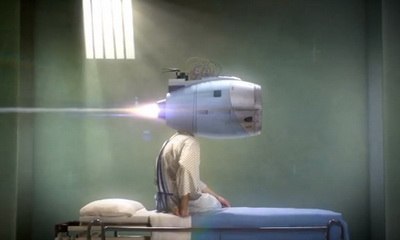