Michael Bay and Co. recently spoke with USA Today on the set of “Transformers 3” and revealed a slew of new information on the production. 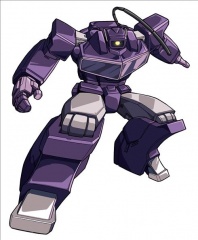 Michael Bay and producer Lorenzo di Bonaventura recently spoke with USA Today on the set of “Transformers 3” and revealed a slew of new information on the production.

Although much of the plot details is still kept mum, we now know that Shockwave (the robot cyclops-turned-laser-cannon, who became dictator of their home world of Cybertron after the other Autobots and Decepticons journeyed to Earth) will be the new villain and that characters that have already died will stay dead.

Naturally, the movie will be in 3D. But visuals aside, Bay promises that the third installment will be better and accepts some of the criticisms for the poor sequel blaming it on the writers strike.

“I’ll take some of the criticism. It was very hard to put (the sequel) together that quickly after the writers’ strike (of 2007-08),” says Bay.

“We tried to do too many things in the second movie, which didn’t give enough time in any one of them. We were constantly jumping to the next piece of information, the next place.”

“Transformers 3” will be about a space race between the U.S.S.R. and the USA and will have a much more coherent story and serious tone that “builds to a final crescendo.” Done away are all the “dorky comedy,” says Bay.

“As a trilogy, it really ends. It could be rebooted again, but I think it has a really killer ending.”

“Transformers 3” is currently shooting and plans to debut sometime next summer.