Tune in this Sunday at 6 PM so we can make sure ‘Toy Hunters’ gets picked up for a series order from The Travel Channel!

A couple of weeks ago, geeks banded together to give The Travel Channel’s ‘Toy Hunters’ the support it needed during the airing of their pilot episode. It looks like viewership was way higher than the network was hoping for, but they are still not sure about picking the show up for series.

As a test, they’ll be airing the show one more time on Sunday night at 6 PM EST.

If they can hit similar numbers to their first airings, it looks like we’ll have a full season of ‘Toy Hunters’ to look forward to in the near future! 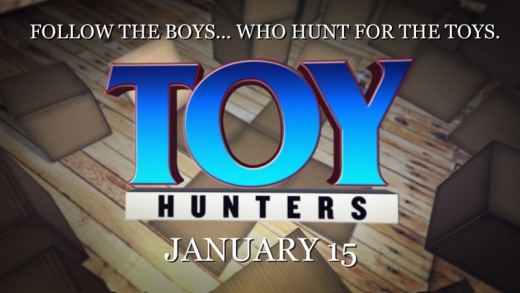