Check out these great new movie posters now and then come back later tonight for the newest GI Joe Retaliation trailer!

On June 29th, Paramount Pictures will have a chance to redeem themselves for one of the crappiest movies ever made by releasing G.I. Joe: Retaliation. To get fans excited, they released nine posters last week. Now, they’ve just released two more. One is a group shot of Dwayne Johnson, Bruce Willis and Byung-hun Lee. and the other is the first solo poster of DJ Cotrona as Flint.

Also, be sure to come back here at midnight PST to see the latest trailer when it gets released! 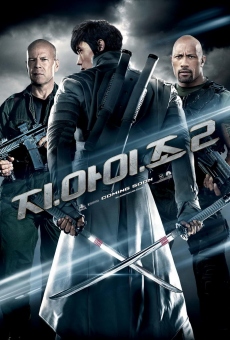 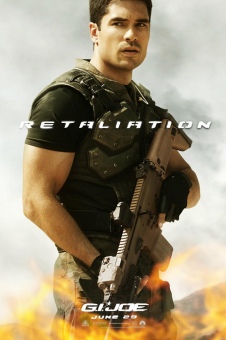 Official Synopsis:
A follow-up to the 2009 release of G.I. JOE: THE RISE OF COBRA, which grossed over $300M worldwide, Paramount Pictures, MGM and Skydance Productions, in association with HASBRO and di Bonaventura Pictures, commences production on G.I. JOE: RETALIATION. In this sequel, the G.I. Joes are not only fighting their mortal enemy Cobra; they are forced to contend with threats from within the government that jeopardize their very existence. The film stars D.J. Cotrona, Byung-hun Lee, Ray Park, Adrianne Palicki, Jonathan Pryce, RZA, Ray Stevenson, Channing Tatum with Bruce Willis and Dwayne Johnson. Directed by Jon M. Chu, and produced by Lorenzo di Bonaventura and Brian Goldner, from a screenplay by Rhett Reese & Paul Wernick based on Hasbro’s G.I. Joe(R) characters, the film is scheduled to be released on June 29,2012.