More casting news for “The Hunger Games.” Two relatively unknown actresses have been cast, Latarsha Rose and Brooke Bundy to play the roles of Portia and Octavia.

More casting news have dropped for “The Hunger Games.” Two relatively unknown actresses have been cast, Latarsha Rose and Brooke Bundy to play the roles of Portia, Peeta’s stylist, and Octavia, a member of Katniss’s prep team, in the Gary Ross directed big screen adaptation.

Latarsha Rose is a TV actress (Swingtown, Bones) and Brooke Bundy is pretty new to the game. While they will not star, they do have a major role in the film. Together they will join Jennifer Lawrence, Liam Hemsworth and Josh Hutcherson and Stanley Tucci.

Casting for the film is still not complete, however, and its interesting to see Ross cast newcomers. It ought to be interesting to see how the cast gels working together trying to bring the beloved Suzanne Collins’ novel to life.

The question reminds. Who will play Katniss’ primary stylist Cinna?! Who do you want to see as Cinna? Let us know! 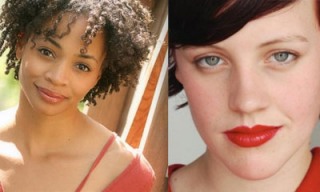