In Guardians of The Galaxy, all you got was his voice. In The Inhumans, he might end up playing a silent character.

The Inhumans are coming. While I’ve not always loved them, they make sense. Marvel Studio needs a way to bring mutants into their cinematic universe without crossing the line with FOX’s movie license for The X-Men. Not only has the movie been formally announced, but the Terrigen Mists (the thing that gives the inhumans their powers) was introduced in the mid-season finale for Marvel’s Agents of S.H.I.E.L.D. Now, eyes are turning to who will be cast in the film, especially who will be cast as their leader, Black Bolt.

One celebrity has made no bones about the fact that he wants in for the film and that he’s supposedly been in talks with Marvel about it. That actor is Vin Diesel. If he gets the role, it will be pretty funny. In Guardians of The Galaxy, all you got was his voice. In The Inhumans, he might end up playing a silent character.

Now, Diesel has posted this on his Facebook page: 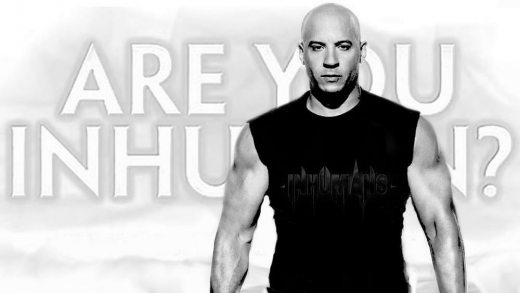 Is he giving us a hint or just campaigning really hard?