‘Watchmen 2’ Art For Nite Owl and The Comedian Released

Check out your first look at what two of the Watchmen look like in Watchmen 2… which is actually a prequel.

The Watchmen is considered to be one of the best comic books ever written. Depending on who you ask, the movie adaptation was either amazing or a crime against all things holy. Either way, it helped create enough buzz about the license to warrant another story, Watchmen 2… a prequel.

Over Christmas, the first couple of character images started popping up and we’ve got them here for you.

First up, you’ve got Nite Owl, as drawn by Andy and Joe Kubert for one of the upcoming comic covers. 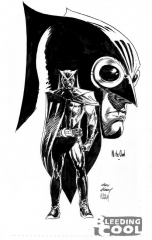 We’ve also got our first look at The Comedian, who will presumably have a much bigger role in this story… as it isn’t based around solving his murder. The Comedian sketch, c/o Bleeding Cool, is drawn by J.G. Jones. 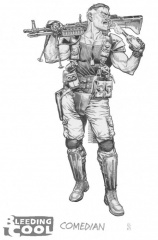