WB is aware of the sound issues and not wanting to jeopardize Rise’s chance for success, they want Nolan to change the sound mix.

Warner Bros. wants director Christopher Nolan to change or alter Bane’s voice in “The Dark Knight Rises,” after many people complained that they had a difficult time understanding what he was saying in the recently theatrical released six minute prologue that is being shown in front of “Mission: Impossible – Ghost Protocol.”

According to a report by THR, Warner Bros. is aware of the sound issues and is “scared to death” about “the Bane problem.” Not wanting to jeopardize Rise’s chance for success, they would like Nolan to change the sound mix.

While Nolan understands the studio’s concern, he has ” informed executives that he plans only to alter the sound slightly, not to rework it completely,” suggesting that he would rather have the audience “‘ catch up and participate,'” rather than push everything at them.

“‘He doesn’t dumb things down’,” says one high-level exec. “You’ve got to pedal faster to keep up.”

I will admit, I was one of those who had difficulties understanding Bane, but much of that was due to the fact that I wasn’t really trying to listen to what he was saying. I’ll side with Nolan on this one. If you’re too dumb to understand, you’re better off not watching. 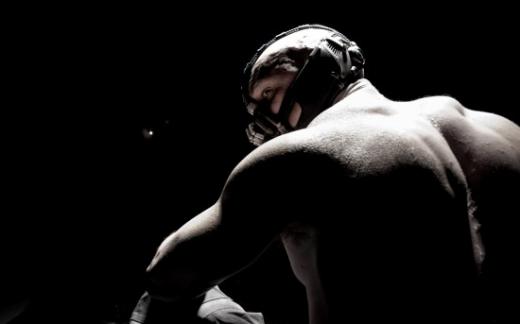