Welcome to the brand new Weekly Geekly. Starting us off is the amazing Kylee Lane and her great piece about the Geek Girls Network Geek-Out at Comic Con 2011.

We want to take a minute to introduce you to the first of a couple big changes are coming to YouBentMyWookie. Along with a lot more exclusive content, you can also expect to see a great new regular art feature on the site that will look at the creators of your favorite art, toys, comics and games from a totally new and different angle. Last, but definitely not least is the new and improved Weekly Geekly.

We started the Weekly Geekly almost exactly a year ago with the goal of bringing a female geek’s perspective to the site. That is still the goal but we are going to step it up a notch for you. Over the next couple of months you will see some of the web’s coolest Geek women take over The Weekly Geekly. These women are all amazing at what they do in their lives and complete geeks to their core.

With that, I’d like to introduce our first official new Weekly Geekly contributor, Kylee Lane. Along with being a die hard Star Trek Fan, Kylee has also figured out a way to turn her geekdom into her career. She is the owner of Luxury Lane Soap the HQ for all your geeky soap needs!

Now, here’s Kylee’s first post and the inaugural post of the new Weekly Geekly, her write up of the hottest ticket at Comic Con 2011, The 2011 Geek Girls Network Geek Out! 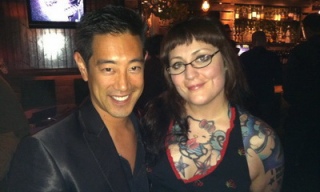 One the best things about being at Comic-Con is the mass amounts of like-minded people you meet. Dropping phrases like “Blank is the name of my blank cover band” “That’s what she said…” They don’t get old here because, as a group, we get it. I think in part it has to do with the fact that we predominately function over the internet and actually getting to say aloud the things we type…it almost feels new.

So I am sitting here trying to form my first piece for YouBentMyWookie.com, covering the awesome that was the Geek Girls Network Geek-Out party… and I keep thinking back to WHAT made this party stand out? Here we go: Stellar location, Vin De Syrah, spirit and wine parlor. Yes… parlor. Awesome guests, Grant Imahara and Bonnie Burton, among others. Fantastic swag from ThinkGeek, Luxury Lane Soap, Angel Punk, SmartPop Books and others. All this with an amazing soundtrack provided by Arturo (@aboynamedart). This was genuinely a group of like-minded people and friends.

As we all mingle and comment on the hilarity of each others shirts, tossing out quotes of our favorite shows and films, you can’t help but ask yourself WHY can’t real life be like this every day?

There is something HUGE to be said about having a face to face conversation. Something we lack when throwing stones at our comrades over the internet. We fight with each other, demanding validation of the next person’s geekiness, forgetting it is all about passion. As “geeks” I think we forget that so much of the cool we perceive is simply in our own circles. The real world just doesn’t see it like we do. 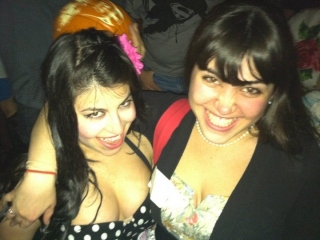 So the party is awesome, there are smiles, laughs, hugs. The Geek-Out ended at 10:30 and the general public was admitted; we all reverted back to that place we were before “geek” got trendy. None of us left at that point because we were so engaged in conversation and squees… until a fellow attendee was verbally assaulted. Called a nerd in a demeaning way, in that mocking tone we heard in school when we were little. All of a sudden, as a community, we are transported back to that place we have been trying to escape from since the first moment we openly declared we want to be starship captains, Time Lords, and Jedi when we grew up. Before we got to be cool kids.

Regardless of what you love, what your neighbor loves, whether it qualifies as geek or not…be it normal, extreme, reality, sci-fi, fantasy… think for two seconds before you open your mouth and be a jerk. There are plenty of others out there waiting to do that. NONE of us have to validate ourselves. We don’t have to prove how much we love something. We were at Comic-Con for crying out loud!! Geek mecca! We have got to stop hurting each other, in and out of our community. As geeks, if we cant even accept each other, how the hell do we expect anyone else to?

So my dearest Nerds, party on in your favorite t-shirt and jeans, don’t hold back your Monty Python quotes and please always remember to treat each other with kindness and love because there are plenty of self righteous cranky pants out there already. 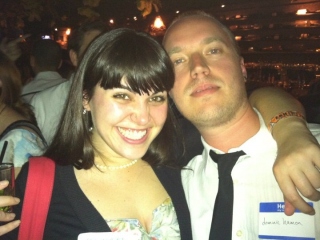