The Great Showdowns – By Scott C

What can I say about Scott Campbell’s The Great Showdowns that you probably don’t already know. If you’re a geek with Internet access chances are you’re already familiar with Campbell’s distinctive work depicting some of the greatest confrontations between iconic movie/pop culture characters. Aliens, Terminators, Spinal tap? It’s all here and it’s all awesome. For the first time ever you can now own the collection in touchable, bound paper format rather than digital 0s and 1s.

Get yours today at: TitanBooks 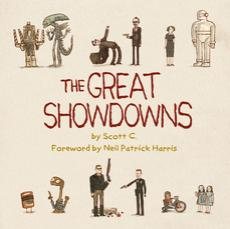 A blend of art and popular culture, Olly Moss’ Silhouettes from Popular Culture is book worthy of any coffee table. It features the beautiful collection of Moss’s famous Victorian-style silhouette portraits depicting historical figures and popular characters from films, television and video games. The art is minimalist and the figures are, for the most part, instantly recognizable. If you’re into pop culture and only buy books with pictures in them (or you simply just don’t know how to read) then this is a book you don’t want to pass up. 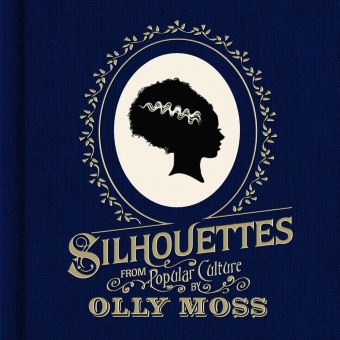 Body Art 4 is the fourth volume of the Body Art series from the makers of Bizarre magazine. It celebrates and explores the art of tattooing and the evolving art form of body modification. The adults only book features 160 pages of rich photography and interviews with world renowned artists and tattooists. If you’re a fan of the ever emerging subculture or simply want to know more about the trend, then this is a must-have. Just be warned, it may not be for the faint of heart, we’re not exactly talking about tramp stamps and navel rings here, but rather an entirely new experience that fully explore the bizarre yet intriguing concept of body modification. 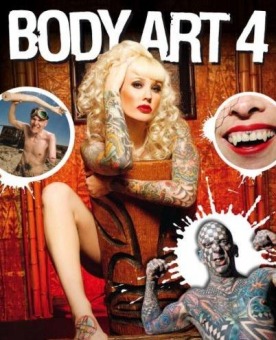 Taxidermied, the art of Roman Dirge

From the creator of Slave Labor Graphics’ Lenore, The Cute Little Dead Girl, here comes Taxidermied, the art of Roman Dirge. This extensive hardcover showcases some of Dirge’s best work in all its morbid detail glory. Featuring over 100 full color illustrations, personal commentary and some never-before-seen original art, Taxidermied gives fans a look into his twisted mind and the full range of unique style. If you’re a fan of Lenore, or all things death, bleak and dying, then this is a book you definitely don’t want to pass up. 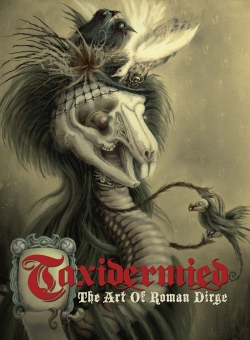 Prometheus, The art of the film

Introduced by legendary filmmaker Ridley Scott, Prometheus, The art of the film features 186 pages of stunning early concept arts that takes you behind the scenes into the artistic creation of the Prometheus/Alien universe. To say it’s the definitive companion for The film would be an understatement as it is the only publication to accompany the film. The hardcover features various stunning pre-production artwork in various formats and media, as well as fantastic illustrated sequential storyboards of the screenplay and key moments from the film. Aside from the visual-gasm, the hardcover also features a wealth of commentary from the people who were involved in the creation of the film. The material is invaluable and if you’re a fan of Blu-ray bonus extras, consider this the ultimate bonus material handbook. If you’re a fan of Prometheus, chances are you probably already own this and if you’re not, it still makes a fantastic art book worthy to be in any high-end collection. 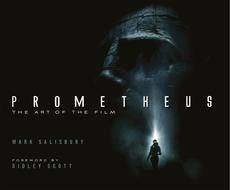 The Art of Assassin’s Creed 3

Published in conjunction with the much-anticipated release of the Assassin’s Creed III, the third installment in Ubisoft studio’s popular Assassin’s Creed video game, The Art of Assassin’s Creed is a bounded visual collection of behind-the-scenes artwork and concepts. The 144-page hardcover features predominately characters and environments which takes place during the American Revolution from 1752 to 1783. Because I’m not a historian, I can’t really comment on how accurate some of the designs are, but at the same time because this is an art book for a video game so I’m not sure I even care about historic accuracy. All the images come with a little bit of commentary providing context to the accompanied work. If you’re a fan of Assassin’s Creed and environments (a majority of the book features environment design), then give this book a chance.

Get yours today at: Titanbooks 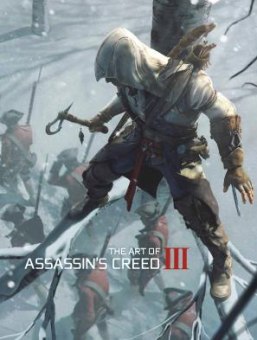 Featuring 160-pages of concept art, character sketches, storyboard, digital art and interviews, The art and making of Hotel Transylvania is a must have for anyone who loved the film or is simply a fan of animation and monsters. The colorful art book shows how new life was given to the classic horror monsters and how they were reimagined with a new comical twist. Aside from the monsters, the book also features several production designs for the castle environment and a guide for all its rooms. It’s extremely detailed and makes you appreciate how much thought was put into its design. Aside from the colorful pages, it also features in-depth commentary on just about every aspect of the film’s concept and finalized production. 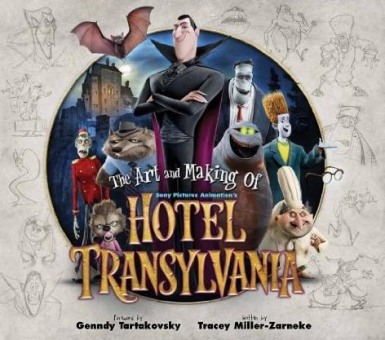