Portal 2 is still one of the hottest games out there even though it has been out for a while, Now you can actually decorate your room or your Christmas tree with light up Companion Cubes. These cubes look really sweet when they are lit up. They are the perfect gift for someone in a dorm or who has a game room that needs a little something special.

Get yours today at: Entertainment Earth 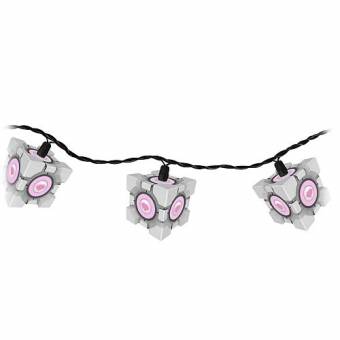 Let Mickey show you a magic trick this Christmas with Magician Mickey, the first in a series of animated classics from Hallmark. Magician Mickey features everyone’s favorite whimsical mouse with a cape getting set to impress you with some spellbinding magic fun. Like all Hallmark sculptures, it captures the likeness of everyone’s favorite mouse and brings it to life. 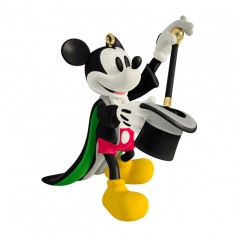 Part of Hallmark’s Gold Crown Exclusives, this is the mother of all Star Wars Holiday Keepsake Ornament from Hallmark. What’s not to love about a Santa hat wearing Darth Vader armed with his iconic red lightsaber and present in outstretched hand? Feeling quite festive, Vader has also swapped out his jet black cape with a merry red one and is featured on a snow covered base. For those eagle eyed collectors you may actually recognize the Vader sculpt from the 2005 Empire Strikes Back release where he was featured standing on the deck on the Deathstar reaching out for Luke. The reuse doesn’t bother me one bit as the new Christmas sculpts give the sculpt (which is excellent BTW) new life. While most ornaments come with a button to active light or sound, the Darth Vader Peekbuster comes with motion-sensors that can trigger nine different holiday related alert messages! Worried about your Jedi or Sith taking a peak at your presents this year? Hang this on your tree and Vader will catch them red handed each and every time. 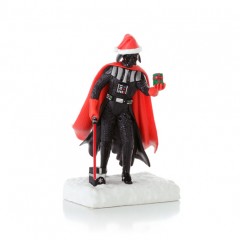 From “Star Trek: The Next Generation,” this anniversary-edition Keepsake Ornament depicts the U.S.S. Enterprise in all its TNG glory. The sculpt and design of the NCC-1701-D is captured perfectly and is extremely detailed for such a small miniature (9 4.5″ x 2.5″ x 5″). It comes with a display base that houses the Enterprise’s audio clip that when pressed, plays the opening credits of “Star Trek: The Next Generation” as well as Captain Picard’s monologue. Best of all, batteries come included so it’s set to warp any Trekkie’s heart this Christmas right out of the box. 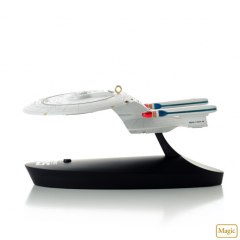 Sculpted in the likeness of LEGO’s Imperial Stromtrooper, Hallmark’s Imperial Stormtrooper Keepsake Ornament is armed with a rifle ready to patrol your tree. This adorable baddie measures 1.75″ x 3″ x 2″ and comes with a grey LEGO block base proudly displaying the LEGOs Star Wars brand. If you’re not careful you may actually mistaken this ornament for the real LEGO toy! 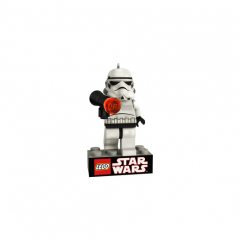 Thunder, Thunder, Thundercats, HOOOOO! Get ready as Hallmark releases their first ThunderCats Keepsake Ornament with none other than Lion-O, the Lord of the ThunderCats himself! Sculpted to perfection, Lion-O is featured flying into battle armed with his powered up Sword of Omens and gauntlet. I absolutely love the sculpt of Lion-O, and while he only measures 3.25″ x 4.75″ x 1.5,” he might just be the best rendition of Lion-O to date. And yes, that includes the recently released Lion-O Classics from Bandai last year. 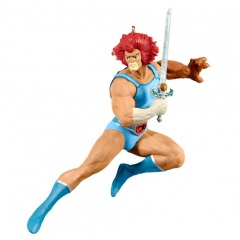 Part of Hallmark’s Gold Crown Exclusive, this Iron man Keepsake Ornament is based off “The Avengers” design and is all set to defend your Christmas tree from Loki and his invading army. The sculpt for Iron Man is absolutely stunning, and he comes pre-posed ready with repulsors ready to fire while in mid-flight. Iron Man also comes with a base that links up with other Avengers Keepsakes such as Captain America and Thor (Sold Separately). Assembled, all three of Earth’s Mightiest Heroes can become a tabletop collection that can be displayed all year round. 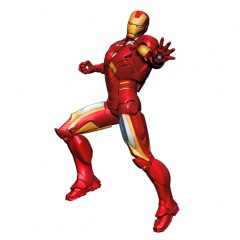 Based off the new DC 52 design, Hallmark has captured the graceful beauty of everyone’s favorite Gotham City cat burglar, Selina Kyle AKA Catwoman. Catwoman is sculpted as if she’s leaping in mid air with her whip drawn ready for some action. With her you’ll never know if it’s business or pleasure. This is a must have for any Batman fan or if you happen to have a soft spot for cats in tight black leather. 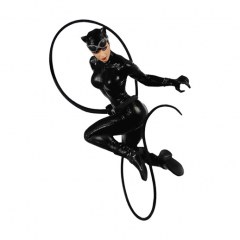 Based on the Mark Webb directed summer blockbuster “The Amazing Spider-man,” Hallmark has captures likeness of Andrew Garfield as everyone’s favorite neighborhood hero, Spider-Man. The sculpt perfectly captures the intricate details of the new much more sleeker Spider-Man costume from the goggles down to the cleats on the sole of his boots! The likeness is fantastic and would look marvelous swinging on any comic book lover’s Christmas tree this year. 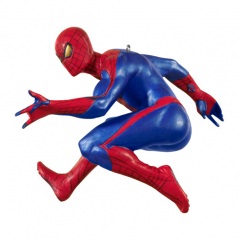 This is perhaps my favorite Hallmark Keepsake Ornament because it combines two of my most favorite things: the Ghostbusters theme song and Ghostbusters’ Stay Puft Marshmellow Man. While he’s not exactly a giant casting wanton destruction from your Christmas tree (3″ x 4.5″ x 2.25″), he makes up for it by being able to play the infamous Ghostbusters theme song by Ray Parker Jr. The sculpt is the best I’ve seen, considering Mattel not too long ago released a giant sized Stay Puft collectible figures touting dead-on screen accuracy. If I had any complaint, it’d be that he doesn’t come with a base, and as a result the button to play the Ghostbusters theme song is visible on its side. Luckily the button is cast in white and blends in with the overall aesthetic of the ornament. 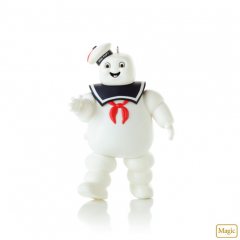 Capturing the final duel between the young wizard Harry Potter and the Dark Lord’s who cannot be named, Hallmark has created a stunning deluxe Keepsake Ornament that features both lights and sound. Relive the final chapter in the epic Harry Potter saga with a press of a button and watch Harry battle Voldemort in light fused spectacle with SFX from the movie. While I can’t say the sculpt is one of Hallmark’s best works (it’s noticeably lack of detail), it’s close enough for a deluxe ornament that measures in at a mere 5.25″ x 2.75″ x 3″. The Final Battle is a definite must have for any Potter fan and collector. Best of all, it can also doubt as an excellent desk figurine. 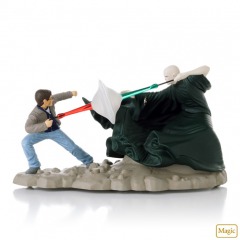 From the beloved classic, Nightmare Before Christmas, Hallmark has created yet another must have Jack Skellington Keepsake. Join Jack as he stumbles across the wonders of Christmas and Christmas Land. Like previous Nightmare pieces, this is a great addition. And while it isn’t my favorite piece, it’s perhaps the most Christmas-y and looks great hanging from your Christmas tree or hanging out with your pumpkins during Halloween. 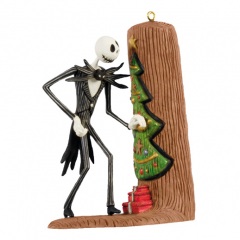