Collector Wants To Help You Get A Head, With Bela Lugosi’s Dracula

Famous collector and author Mike Drake is parting ways with his beloved Bela Lugosi Dracula head from the Witch’s Dungeon museum because his partner is creeped out.

Famous collector and author Mike Drake is parting ways with his beloved Bela Lugosi Dracula head from the Witch’s Dungeon museum because his partner is creeped out. 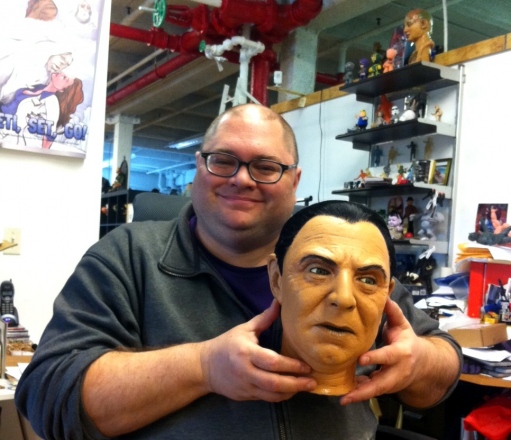 Beverly Hills, CA- Renowned collector of the macabre and author Mike Drake is parting with one of his most prized possessions, all to keep the peace at home.

“My honey puts up with a lot. I realize I’m not an easy person to live with.” says Drake, “Essentially I’ve transformed our home into a museum of the bizarre and macabre. But the Dracula head was the straw that broke the camel’s back”. Drake explained that when he first brought the life like head home his partner was so terrified that it had to be removed from the room. With real glass eyes and a wig from the Metropolitan Opera the head does have a presence that is unnerving. “It just seems to stare at you….watching” says Mike Patrick, one of Drake’s cohorts, “I remember being alone in a room with it one day and I could have sworn the eyes moved. It also feels way too real, it’s like a science experiment gone wrong.”

The head was is the creation of renowned sculptor Cortland Hull, who is the great grandson of Universal’s 1st Wolfman, Henry Hull. Cortland owns and operates the famous Witch’s Dungeon museum in Bristol, Connecticut and is famous for the way his sculptures capture not just the essence of the monsters but the actors who portrayed them. His cuptures are so well done, that when Universal Studios itself needed some life size figures of the Universal Monsters, they commissioned Cortland to create them.

Dracula’s head took a long a circuitous route to the collection of Drake and it quickly became a prized possession, until his partner said “Enough”.

“Heritage Auctions was really the best company to help me find a new home for Bela” says Drake, “their auctions attract some of the most discriminating buyers, people who will be able to give the head the care it needs and the love it deserves. While I hate to see him go, I am glad he will find a new home, and I’m happy that things will be peaceful in my home as well”. Internationally known Heritage Auctions will be auctioning the head as part of their Entertainment and Memorabilia auction on July 24th, 2012. What’s next on Drake’s collection checklist? “Watch ODDITIES on Discovery Science and find out!” he laughs.

Interested parties can view the head online at
http://entertainment.ha.com/c/item.zx?saleNo=7058&lotNo=46109 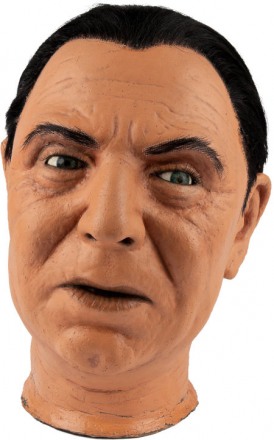