DC Direct has released a photo of their upcoming New 52 Justice League Batman designed by Jim Lee (X-Men, Batman, Superman). The photo also teases other New 52 characters via silhouette in the backdrop, but if you’re a frequent visitor of our site you’ll know that they’ve all been revealed already at SDCC.

DC Comics – The New DC 52 was THE entertainment story of 2011! Now comes the first figure in an ongoing line based on Geoff Johns and Jim Lee’s best-selling JUSTICE LEAGUE! Leading the way is the revamped Batman, wearing a unique take on the classic costume as designed by Lee and still putting fear into the heart of criminals everywhere! 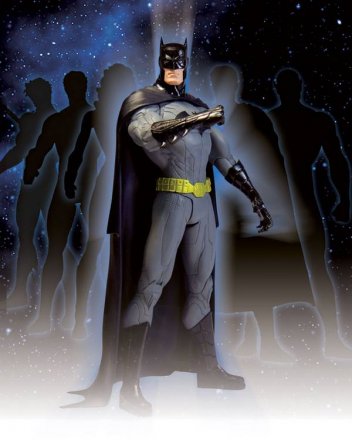