Check out the full gallery, including tons of great concept art from the development of the new toys.

San Diego, California  September 27, 2016  For the first time in the 32 year history of the Teenage Mutant Ninja Turtles, a full set of 1/6 scale action figures has been designed from the toes up by Co-Creator, Kevin Eastman.

In partnership with high-end to-scale production house Threezero, Donatello, Leonardo, Michelangelo and Raphael come to life as fully articulated figures directly from the mind of Eastman.

“The Turtles are always evolving,” said Eastman from his San Diego home, “Every artist who’s tackled them over the years (and there have been many) have put their own flair on the characters while keeping the spirit of the Turtles we know and love. This is the version I’ve developed in my mind and and my personal sketchbooks.”

While the first sets of Mikey and Leo will be made available this fall at threezero.com Eastman is offering an extremely Limited Edition 25 sets which include custom paint and headgear, individual tattoos, a signed copy of the original concept sketches, and a miniature pizza box signed and numbered with a head sketch by the Co-Creator himself. Limited Edition sets are available for pre-order on a first-come first-served basis at kevineastmanstudios.com. 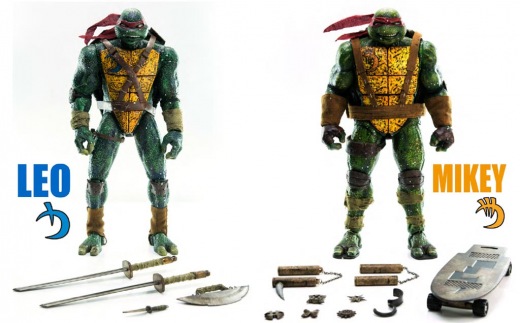 25 lucky fans will even have a chance to get a hyper limited set of all four turtles:
In celebration of my 2 year collaboration with Threezero working to create my very own version of TMNT action figures, we are thrilled to announce our own VERY EXCLUSIVE Kevin Eastman Studios edition collectible sets, with production limited to just 25 sets of 4.

First to ship will be Leo and Mikey by December of this year (2016). Donnie and Raph will follow in the spring of 2017.

To add to the exclusivity of these uniques sets, each KBE Studios edition set will come with a hand drawn mini pizza box, signed copies of my original concept drawings of each figure, and temporary versions of the tattoos newly adorning each character.

Sets will be available by pre-order beginning August 1st on a first come – first served basis for $2,000 per set with payments of 50% with the initial order and 50% upon the announcement of a final ship date for Donnie and Raph. Each set will be accompanied by a Unique, Signed and Numbered Certificate of Authenticity. 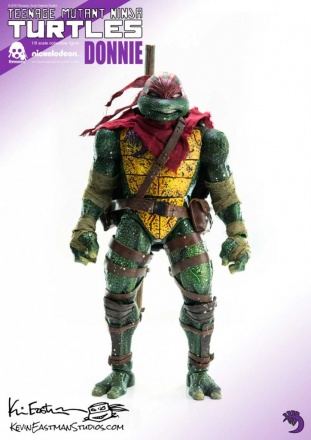 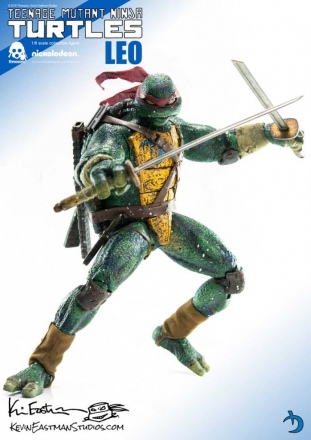 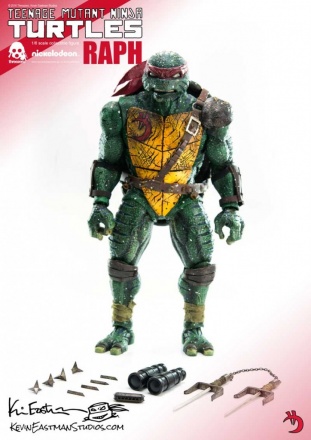 You can check out even more images HERE.