“The word is out… Funko CEO, Brian Mariotti has sent prototypes of the POP! UNIVERSAL MONSTERS series to New York Comic Con that will be available only at Toy Tokyo booth #101, along with the highly sought after POP! ASIA by MINDstyle prototypes that will be given away to lucky fans and collectors.

Winner will get to redeem their ticket and select a FREE FUNKO PROTOTYPE!” 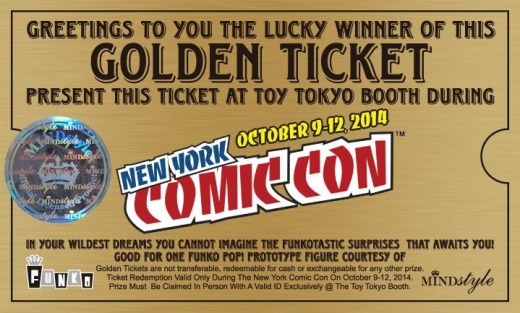