Check out the new Kenner style big fig of C3P0 from the animated Droids series and a General McQuarrie bust from Empire Strikes Back, featuring the likeness of Ralph McQuarrie.

Gentle Giant has just unveiled their exclusives for Star Wars Celebration 2015. It looks like we will be getting a new Kenner style big fig of C3P0 from the animated Droids series and a General McQuarrie bust from Empire Strikes Back, featuring the likeness of Ralph McQuarrie.

Digitally scanned from mint 3 3/4″ Kenner originals and reproduced in 12″ scale to the rest of the jumbo Kenner line in full detail. Injection molded and made of durable plastics, this figure features original articulation. The Star Wars: Droids C-3PO figure will even feature a jumbo replica of the coin that came with the original figures!

To further capture the vintage feel, Gentle Giant has packaged this figure with a Star Wars Droids inspired backer card featuring original photos and artwork. Designed with the collector in mind, the figure comes in a re-sealable plastic outer clam shell to help protect and display this limited edition figure. 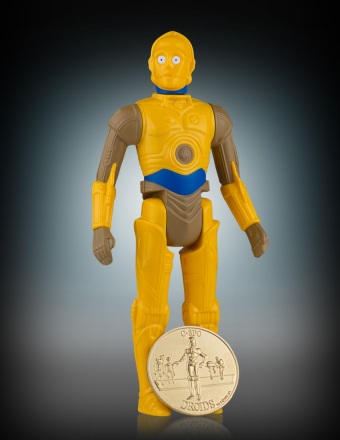 After the destruction of the Death Star at the Battle of Yavin, General Pharl McQuarrie was personally selected to head up construction of a new Rebel base on the ice planet of Hoth and placed second in command of the facility upon its completion. Echo Base offered the alliance a much needed chance to rest, re-equip and re-group after the Yavin campaign.

The respite was short lived however when the bases location was discovered by the Imperial fleet and quickly fell under a vicious siege led by Darth Vader and his elite ground forces. McQuarrie was instrumental in coordinating a delaying defensive action against the overwhelming Imperial forces and afforded the vast majority of personnel and equipment time to escape and fall back to a rallying point.

Portrayed by legendary concept artist Ralph McQuarrie for a brief cameo in The Empire Strikes Back, this exclusive General McQuarrie mini-bust from Gentle Giant Ltd. is a celebration of his immeasurable contributions in shaping the Star Wars universe. Limited to only 500 pieces, this piece features an exacting likeness of Mr. McQuarrie with fine details including cold-weather issue command parka, command gauntlets, insulated watch cap with com unit, face wrap and anti-glare goggles. 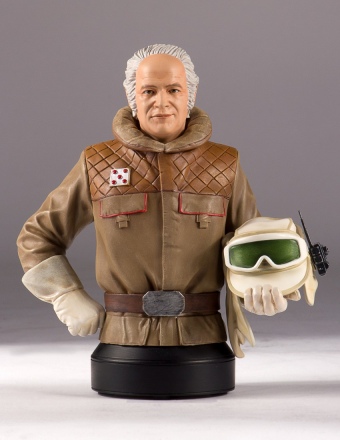