Hot Toys just released some photos of their new Batman Begins Bruce Wayne first Batsuit figure. This figure might just have the best Christian Bale likeness that they’ve ever been able to achieve. 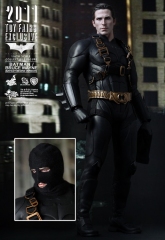 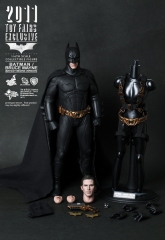 Accessories:
– One (1) set of full gear climbing harness and belt
– One (1) Ninja mask for wearing on the head sculpt
– Figure stand with Batman/ Bruce Wayne nameplate and the movie logo