Celebrating his 70th anniversary and paying tribute to the 20th century most influential and one-of-his-kind martial artist in the world, Hot Toys is presents the 1/6th scale Bruce Lee Collectible Figure. 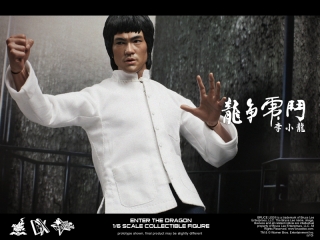 Diorama backdrops:
– Two (2) movie-accurate diorama backdrops with Bruce Lee’s Chinese nameplate, Chinese movie name and MMS DX series title including:
– One (1) imitating the scenario of dungeon in the movie
– One (1) imitating the scenario of mirror room in the movie, with middle part of the mirror which can be rotated with its back showing scene of Chinese cultural implement of punishment