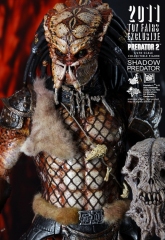 Hot Toys is proud to present the 1/6th scale Shadow Predator Collectible Figure from the Predator 2 movie as the 2011 Toy Fairs Exclusive item. The movie-accurate Shadow Predator collectible is specially crafted based on his image in the movie, highlighting the newly developed head and body, body armor, as well as highly detailed weapons and accessories. 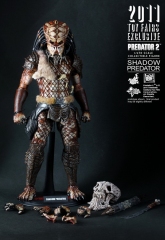