JAKKS has revealed images of their upcoming UFC Series 9 deluxe figures. Series 9 will feature five classic MMA fighters, each with multiple points of articulation. The figures in series 9 consist of: 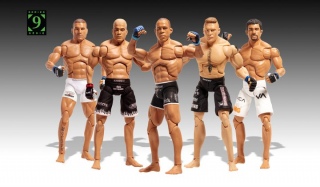