The public might be split on the Suicide movie, but I don’t think that anyone could hate on the latest XXray figures from Jason Freeny. In his second batch of DC villains, Jason Freeny is getting ready to offer up Killer Croc, Deadshot, and Harley Quinn to collectors. While the all look spectacular, I’m really happy to see that the Harley Quinn has her hammer. It will help balance the smaller footed female sculpt that has been problematic (at least for me) on the Wonder Woman figure.

The figures will be available from http://xxray.com/ this weekend for pre-order, and we can expect a whole bunch of new Jason Freeny reveals from Mighty Jaxx later this month at the Singapore Toy Fair! 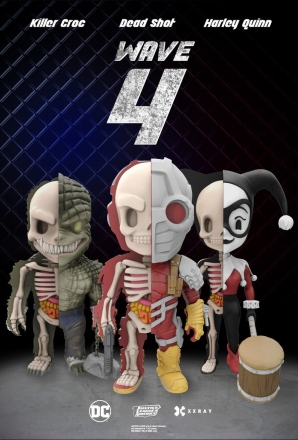