Kaiyodo’s Revoltech figures are already some of the best on the market, but the new Amazing Yamaguchi line is downright mind-blowing.

Kaiyodo’s Revoltech figures are already some of the best on the market, but the new Amazing Yamaguchi line is downright mind-blowing. Sure, not every figure is beyond reproach. The venom is too bulky for me, but Spider-Man, and now Spider-Gwen are awesome! While some people aren’t a fan of the anime stylings on the head-sculpt, I actually like them. It helps make the line something different and special compared to toys from Hasbro.

We now know that the figure is going to be coming out in July and will cost $50. The new pics give a better look at the hands, and 3-4 heads this figure will come with (2-3 with different masked expressions and 1 unmasked).It’ll also come with an assortment of webbing and I think two different stands (one for posing from a table and the other for posing from a wall). Along with a tremendous sculpt, the posability of this figure is really second to none. Check out the images below. I’ve also included a couple shots of the Spider-Man and Venom figures from the same line. 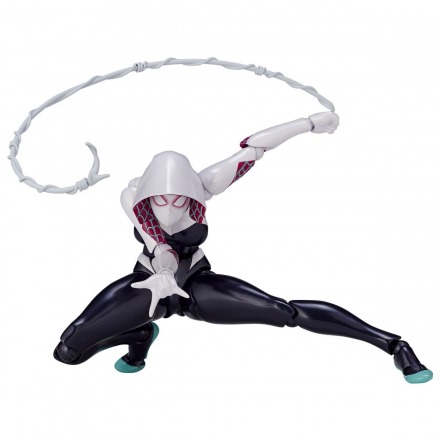 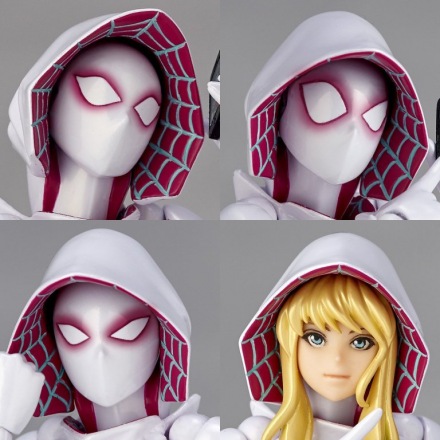 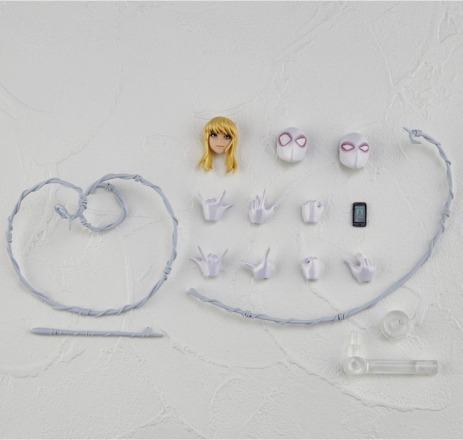 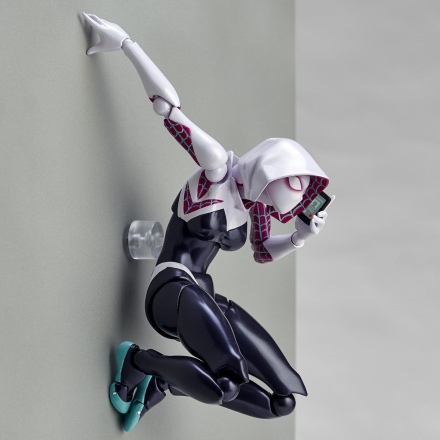