Kotobukiya Giving Away Over $25,000.00 in Prizes at San Diego Comic-Con

Beginning on Thursday July 23rd at 11am, Koto will hold a special event every hour at their booth. You don’t want to miss this!

Japan’s #1 collector toy company Kotobukiya announces a massive San Diego Comic-Con event with prizes totaling over $25,000.00 in value. Beginning on Thursday July 23rd at 11am, Koto will hold a special event every hour at their booth, such as behind-the-scenes presentations, new license announcements, live podcasts, and more. Accompanying each hourly event will be a chance for fans to compete in trivia challenges and walk away with great Kotobukiya collectible merchandise as prizes, with individual values up to $200.00. Each day’s prizes will include at least one sold-out Iron Man Movie Fine Art Statue, Bishoujo Statues, Star Wars Clone Wars goods, and many others.

Aside from the hourly events, there will be one daily Grand Prize awarded. The winner of the daily drawing will receive a one-of-a kind prototype used in the creation of a Kotobukiya toy. These unique prizes are worth thousands of dollars and will include: 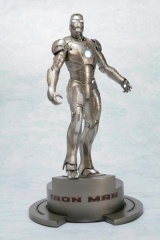 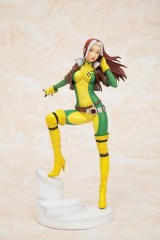 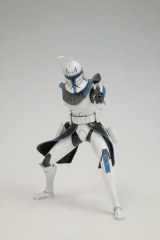 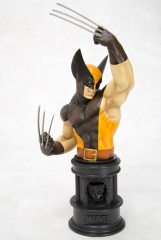 Additionally, many new goods will make their debut at the show and be available for fans to purchase for the first time, including:

All of the above debuts are in addition to the previously announced SDCC Exclusives: YELENA BLEOVA BLACK WIDOW BISHOUJO STAUTE and X-FORCE WOLVERINE FINE ART BUST (each strictly limited to only 500 pieces).

A full schedule of hourly events will be forthcoming. For full contest details, please visit www.KotoUS.com, or visit the Kotobukiya Booth #2601 during Comic-Con July 22~26 at the San Diego Convention Center.