This special edition features a powerful, mysterious glow that illuminates even the secret chambers of the black pyramid on Third Earth.

I’ve been collecting Mezco’s Mega Scale Thundercats since the line started a couple of years ago, and while they aren’t going to give you the articulation you’d want in some figures, their massive 14″ size and beautiful sculpts are a welcome addition to my shelves.

Today, Mezco has just launched pre-orders for the two latest figures in the line, variants of Lion-O and Mumm-Ra. Both are great, but I’m especially excited about the glow in the dark paint that’s been added to the new version of Mumm-Ra.

The figures will set you back around $40 a piece and should ship late spring, early summer. Check out the details and pics below. 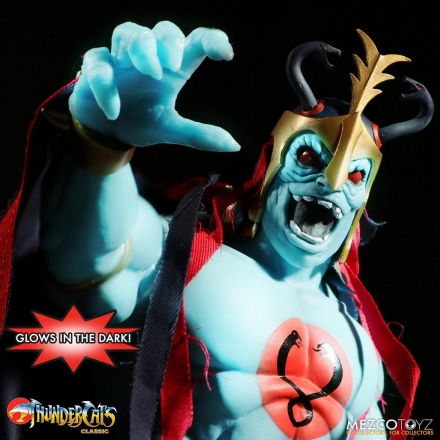 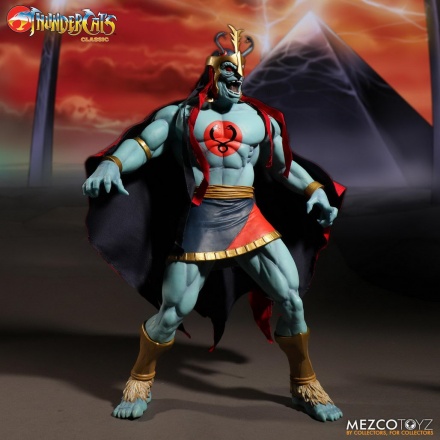 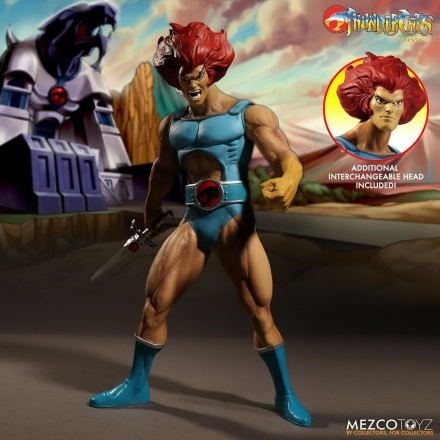 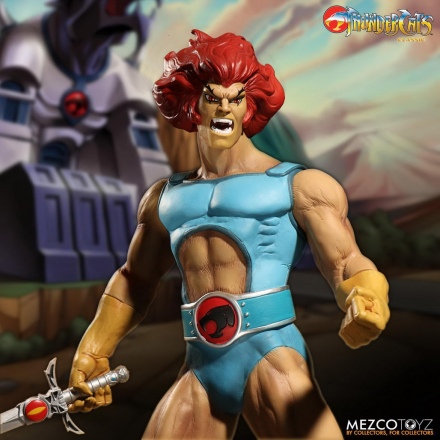 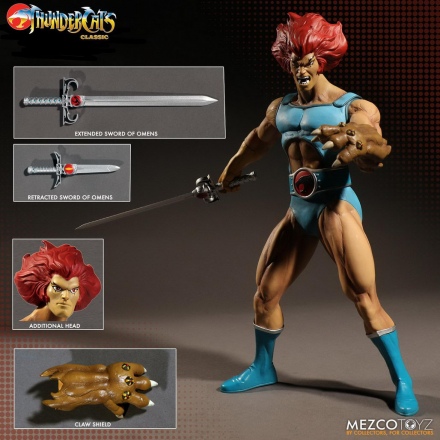 The figures are priced at $40 each. Look for them to be released between May and July. Check out the photos, pre-order links and more details after the jump.

Straight from Third Earth comes the leader of the Thundercats, Lion-O. This mega scale figure measures over 14″ tall from the top of his head to the soles of his Thunderian boots. This deluxe version comes complete with 2 interchangeable heads: a roaring mouth for battle and a serious closed mouth face for when he is planning his next clash with Mumm-Ra.

Featuring 7 points of articulation this mega figure is carefully detailed, perfectly capturing not only the iconic look of Lion-O as he appeared in the classic television series, but the essence, of Lion-O as he proudly raises the mystic Sword of Omens towards the heavens and roars out “Thundercats, Ho!”

This special edition features a powerful, mysterious glow that illuminates even the secret chambers of the black pyramid on Third Earth.

Based on the the original animated series, this mega scale figure is 14″ of evil ancient fury! Mumm-Ra is superbly detailed, perfectly capturing not only the iconic look of Mumm-Ra the Ever Living as he appeared in the classic television series, but the essence of his villainy as he spread wide his arms and swears to destroy Lion-O.

Mumm-Ra features 8 points of articulation as well as a real cloth cape and bandages. Packaged in a collector friendly window box, it makes an outstanding addition to any Thundercats collection.

You can pre-order the figures HERE