Fans can also expect to find some variants and chase figures such as home or away jerseys and special limited variants.

Just in time to kick off the new NBA season! Our friends at MINDstyle have revealed a slew of new images and work in progress pics of their upcoming blind box NBA Collectors Series mini figures. Each NBA Collectors Series mini figure will come with minimal articulation and feature designer caricature of some of today’s most popular NBA players such as Kobe Bryant, Carmelo Anthony, Kevin Garnett and more! Fans can also expect to find variants and chase figures such as home or away jerseys and special limited variants. Not really sure what that means, but I’m guessing retros! 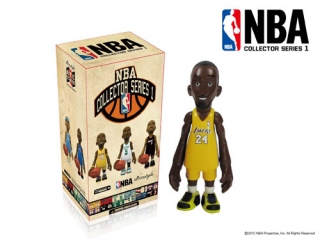