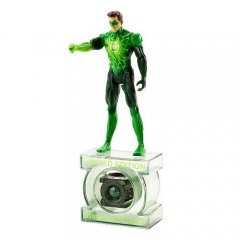 As if the movie Tomar-Re action figure leak wasn’t enough, we now have our first official look at a limited edition exclusive movie Hal Jordan collectible figure limited to 2,814 pieces. The exclusive figure is currently available for pre-order with an estimated February delivery.

The piece will retail for $24.99 and is 3.75″ meaning it’d fit in perfectly with Mattel’s “Infinite Heroes.” Hal Jordan is articulated at the neck, ball jointed shoulders, swivel waist and DC Universe Classics style hinged hips.

Here’s the official product description :
Our Exclusive Green Lantern Early Bird Action Figure is a must have for collectors and available only at Toys’R’Us!

Before the Green Lantern film even hits the theatres on June 17, 2011, our Early Bird Figure provides collectors with an exciting “sneak preview” of the figures about to arrive! The Exclusive Green Lantern Early Bird Action Figure features: 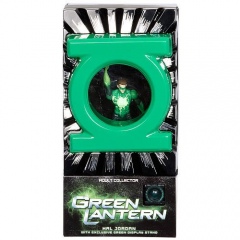