New Images From Mattycollector’s Masters of the Universe 2013 Figures

Last week we reported that the Masters of the Universe toy line may be coming to an end. Check out new pics of the toys that could end up on the chopping block.

Last week we reported that the Masters of the Universe toy line may be coming to an end. Check out new pics of the toys that could end up on the chopping block.

Here is the report straight from Mattycollector.com along with the images of the new figures. I might have to try and snag myself a King He-Man.

As revealed at SDCC a few weeks back, we have an amazing 2013 line up in the works for MOTUC 6″ figures, but it will only go forward if we hit the min number of subscribers. To purchase a monthly sub and find out all the details, head over to Mattycollector.com. Sub sales are only through Aug 6th, so sub up now to support more MOTUC figures!

Here’s a look at a few of the figures that will come out in 2013, should we sell the min number of subs!

Our next POP figure will hopefully be Netossa, one of the hardest of the vintage figs to track down! She comes with a net/cape and her shield! If the sub happens she will be the Jan monthly figure.

Next up is Jitsu! If the sub moves forward he will be the Feb. figure and comes with three swords, two of which will snap into his back armor. And don’t forget that trademark chopping hand!

Fan Man comes straight from the classic Filmation series. He will also come with his time tablet and will be the March figure should the sub hit the min number of subscribers.

King He-Man is the bonus sub only figure. He will come with his staff and battle damaged electronic Power Sword! He will also include a brand neww mini comic telling the Secret Origin of Skeletor!

Ram Man will hopefully be the first of the Quarterly overzied/or variant figures. He will have a second helmet-less head and his ax.

The vintage model kit drivers are here at last as The Fighting Foe Men (and concept name for the orignal 1982 line!). If the sub moves forward they will be the second quarter oversized/variant slot (in this case a 3 pack). They will also include swapable chest logos to turn them into members of the Horde!

Although not part of the sub, Strobo, our “traveling convention figure” will only move forward if there is a sub. He will come with his orb, orb holder, ray gun (which didn’t make it to SDCC!) and a maskless Zodak head for your exisiting Zodak figure from 2009! Told you we’d get to this! 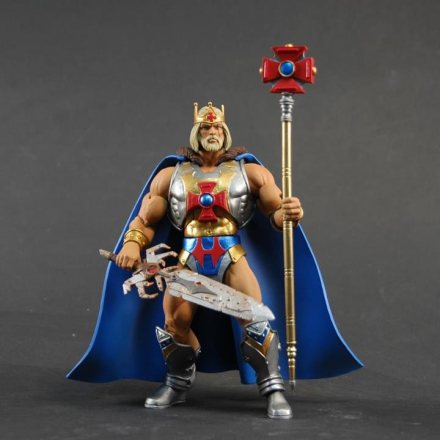 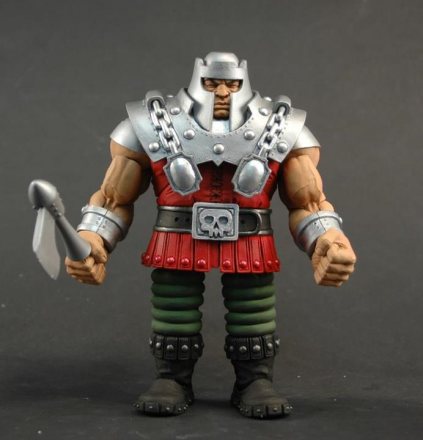