For the first time ever fans will have their chance to get Taskmaster and the Silver Samurai in the 3.75″ plastic form. Courtesy of Ragi Foesmasher from the Hisstank forums, we have our first look at Hasbro’s upcoming “Greatest Battles” 2-pack which pits everyone’s favorite Merc with a mouth Deadpool with Taskmaster and Patch (wolverine) with his legendary for the Silver Samurai.

Expect them to hit sometime in 2011. In the meantime, check out the images below: 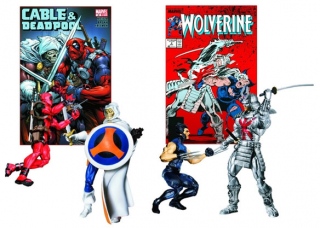 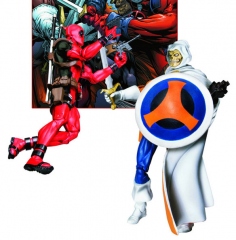 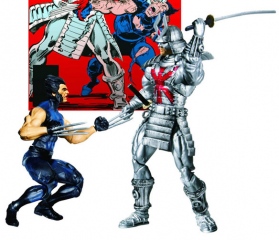