New Starscream Design Unveiled For ‘Transformers: Dark Of The Moon’

One great bit of news… at least he isn’t sporting a cape like Megatron.

The guys over at tformers.com have just broken the news on the new design that they’ll be using in ‘Transformers: Dark of the Moon’ for the Decepticon Starscream.

Unfortunately, we’ve only got a pic in vehicle mode for now, but as you can tell, there are definitely some changes from the last movie. One thing that seems to still be the same is that he’ll be keeping those tattoos that he was sporting in ‘Transformers: Revenger of the Fallen’.

It should also be known that he’ll have a MechTech gun and a separate missile. 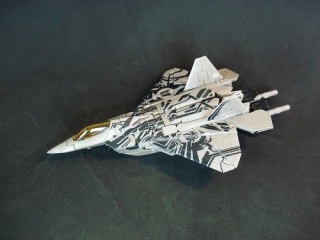 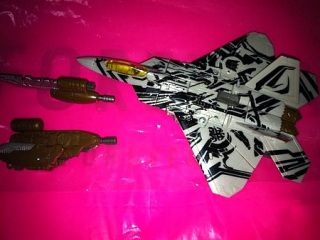