The Boba Fett looks unique, but still has enough of that Boba vibe to still make me think Star Wars.

Detailed images are now out for the Play Arts Variant Star Wars Boba Fett and Stormtrooper figures and I am really loving the Boba Fett. He looks unique, but still has enough of that Boba vibe to still make me think Star Wars.

I’m a little less enthusiastic about the Stormtrooper. He looks cool, but it’s enough of a departure that he feels out of theme to me. Also, the laser blasts… the kinda look like dicks, right?

The Boba Fett will include interchangeable hands, a heavy blast, a pistol, knives, flamethrower effect, jetpack effects and a figure stand. The Stormtrooper will come with interchangeable hands, a heavy blaster, a blaster pistol, a pistol effect piece and a figure stand. Each is priced at 12,000 Yen (about $100 USD) and are scheduled for release in July. 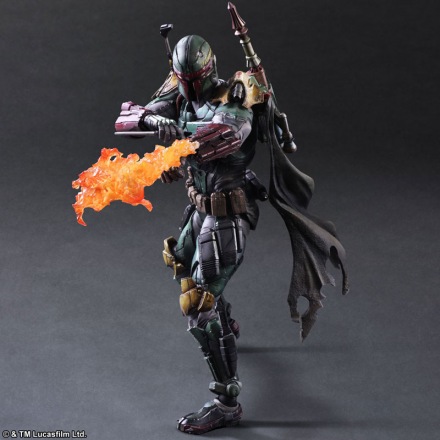 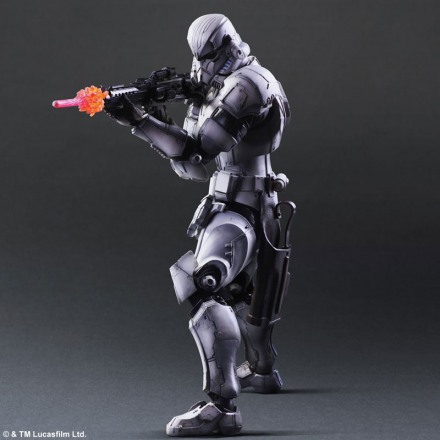