Diamond Select Toys has released a new promo image for their upcoming 7″ Marvel Select Storm collectible figure. Storm will come with a fantastic Danger Room base which can be connected to Cyclops and Gambit’s. The figure is sculpted by Sam Greenwell and painted by Jason Wires.

A variant Storm is also expected to be available, while pictures for it doesn’t currently exist, it’s described to be “a more civilian hair style.” We can only guess that it’ll be her mohawk do. 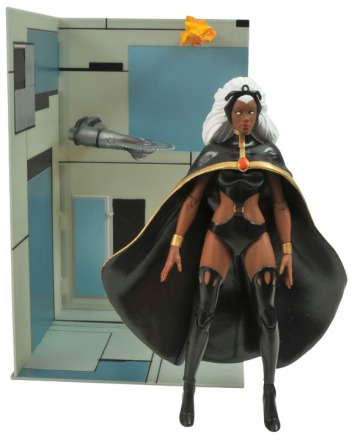