Diamond Select has released two images of their upcoming Marvel Select Green Goblin figure. Can’t say anyone was ever expecting this!

Diamond Select has released two images of their upcoming Marvel Select Green Goblin figure — a figure no one was expecting! According to Diamond, Green Goblin is based on the Marvel Milestone statue that they released back in 2004. It will feature a more modern take on Osborn and come with his Goblin glider based. The Green Goblin will select 7″ tall and feature the Marvel Select usual 16 points of articulation.

Here’s what they had to say:
There’s been a lot of speculation on the Diamond Select Toys Facebook page about who our next Marvel Select figure would be. In addition to a highly vocal “Flash Thompson as Venom” faction, the Scorpion and Carnage have been getting a lot of shout-outs. And while none of them were correct, we were glad that people were asking for Spider-Man villains, because we actually went back to revisit and update one of our oldest Select figures for our next release, and he’s Spidey’s greatest and most famous foe. The new Green Goblin figure is based on the Marvel Milestones statue of the character that Diamond Select Toys released back in 2004, featuring a more modern take on the villain than our initial, classic interpretation. When not posed on hie Goblin Glider base, he stands 7 inches tall and features Marvel Select’s standard 16 points of articulation. 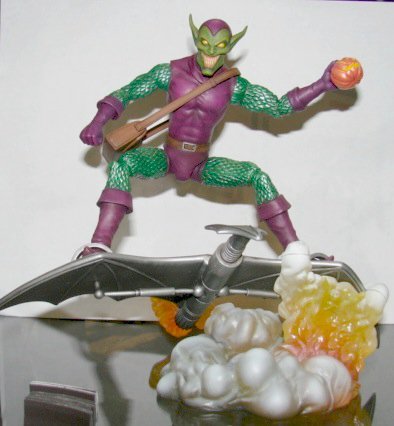 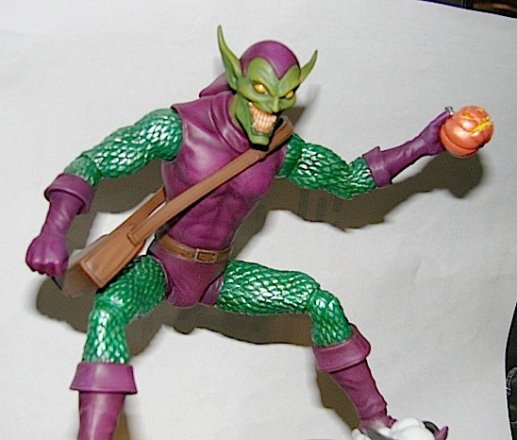