Hasbro had their big Marvel panel yesterday where they discussed and revealed upcoming Marvel related properties that include the wildly popular Marvel Legends and Marvel Universe line.

Hasbro had their big Marvel panel yesterday where they discussed and revealed upcoming Marvel related properties that include the wildly popular Marvel Legends and Marvel Universe line, in addition to The Avengers, The Amazing Spider-Man, and Marvel Bonka Zonks. 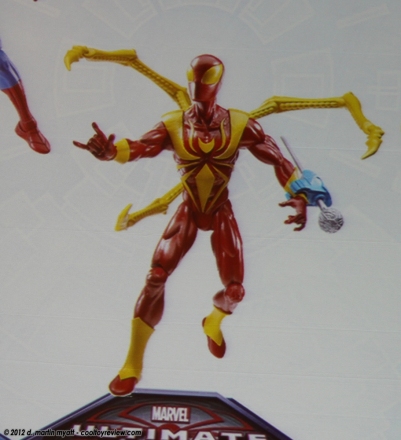 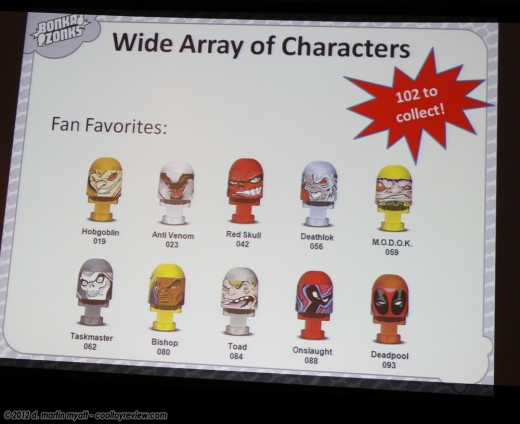 Marvel Universe
-The 2012 Digital Comic Exclusive will be Marvel Universe Old Man Logan with baby Hulk. This will also be offered at NYCC when you sign up for Marvel’s Digital Comics.
-New MU Team packs: Colossus as Juggernaut, Emma Frost and Cyclops.
-Angel, Puck with Snowbird, Nighthawk, Prof X, and more. 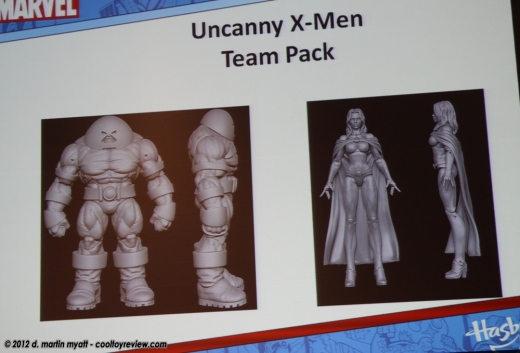 Marvel Legends
-2013 will see the return to Build-A-Figure. But this time around they will be mini BAFs. The first up is Hit Monkey which we’ve all already seen from Day 1. 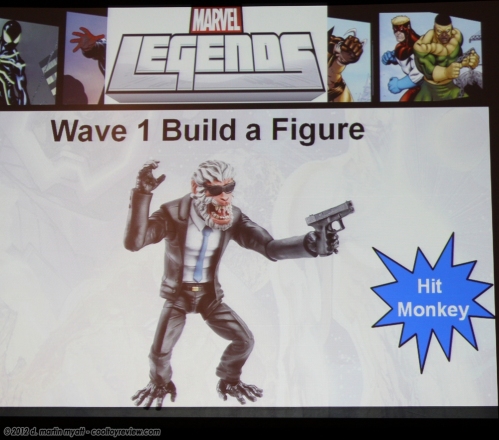 -Wave 1 2013 will include…
Savage She-Hulk and Red She-Hulk.
Ultimates Captain America and an original X-Force Wolverine (Different than the one from the 3-pack, will match the Warpath from the 2-pack)
Iron Fist (White) and Protector
Sentry and Hyperion.
Archangel will also have a variant. Classic color and Black & Silver. 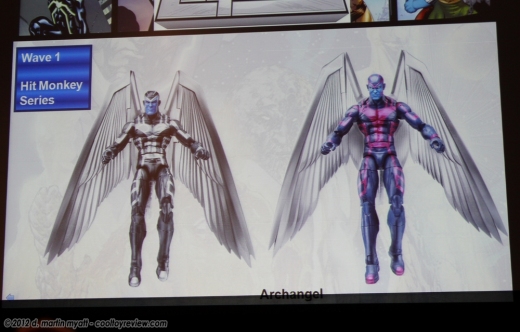 -Wave 2 2013
Jim Lee’s 90s Jean Grey
The Wrecker (retooled to be larger and wider) with running change Bulldozer
Moonstone will also be a part of the 2013 wave. She will come with a new female buck. 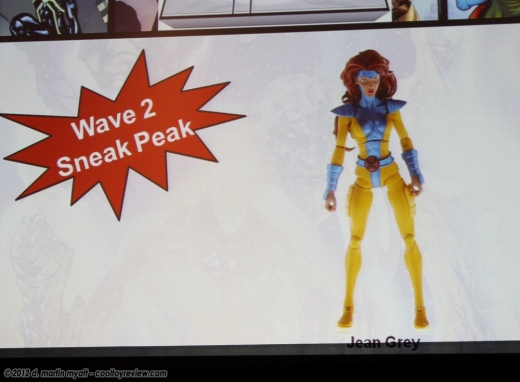 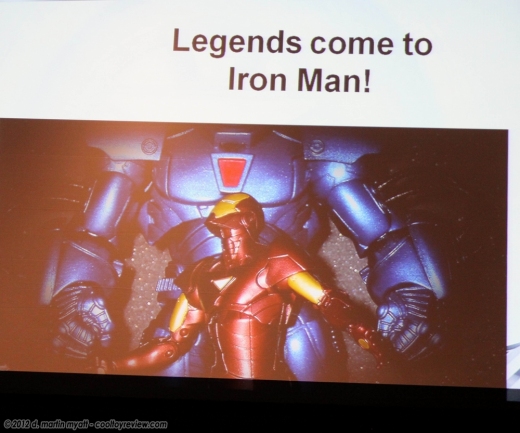