Mattel actually had a real version of the car made and it’s equal parts Dark Side and Dark Knight.

Mattel has two of the coolest exclusives in all of Comic Con this year, and both of them are Hot Wheels cars. I’m talking about “The Homer,” the perfect car as envisioned by Homer Simpson, and The Darth Vader Hot Wheels car, a Star Wars themed vehicle that comes inside a light saber collector’s case.

We’ll be looking at The Homer later, but we’ve got some great pics and video of the Vader car and it’s real life, full-sized counter part. That’s right, Mattel actually had a real version of the car made and it’s equal parts Dark Side and Dark Knight.

The car was created to celebrate the launch of a whole line of Star Wars themed vehicles (that I’m hoping are different than the ones offered at Disney theme parks.) While the toy just rolls around on wheels, the real car is powered by a 526 horsepower GM LS3 engine, and designed so that it sounds like Darth Vader’s iconic deep breathing when it’s running. 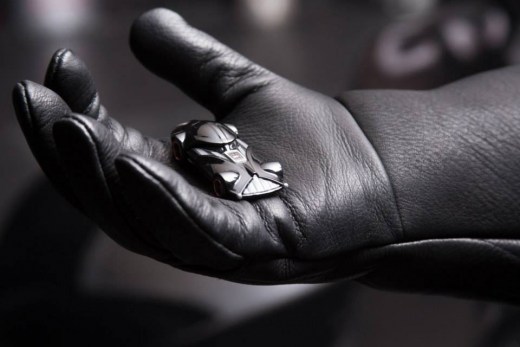 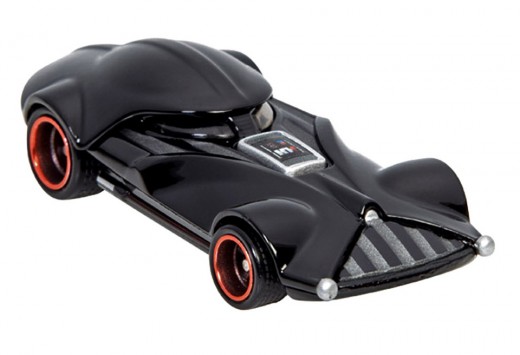 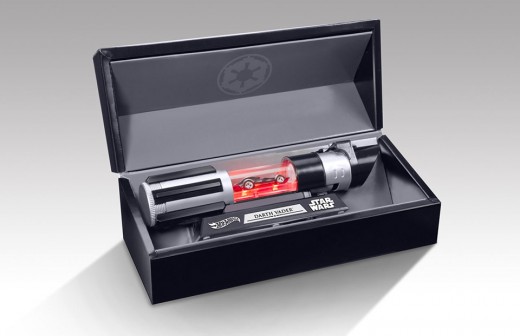 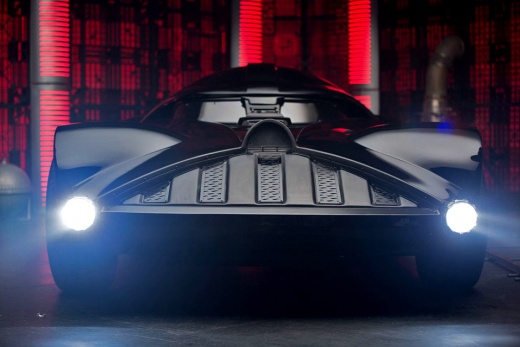 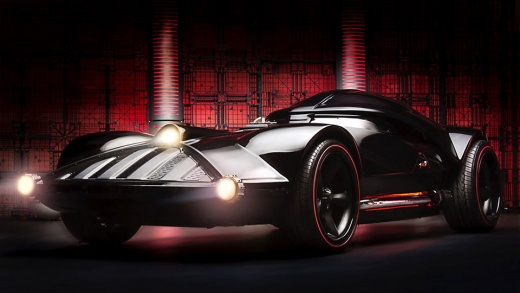