Mondo has come out of nowhere in the last year when it comes to toys. They’ve always had a great reputation when it came to making insane movie posters, but when they announced their Iron Giant figure last year, it was just the tip of an awesome iceberg. Check out the pics from their booth at Comic Con this year. Not only do they have previews of all 4 of the 11″ Teenage Mutant Ninja Turtles that they’ve been teasing, but they’ve also got a statue based off of their now famous poster for Gareth Edwards’ Godzilla film. There’s even new toys based off of Scott Pilgrim and the classic 80’s toys Madballs! I may as well just start signing over my paychecks now. 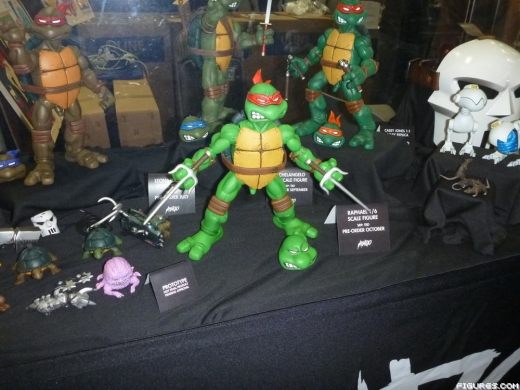 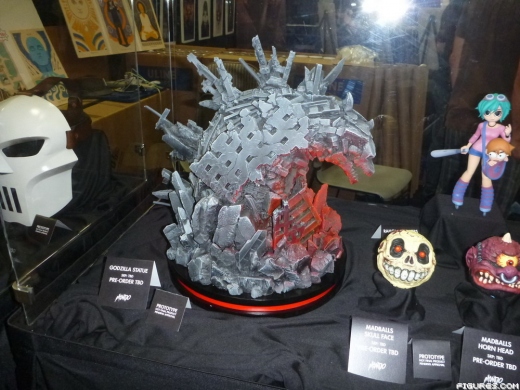 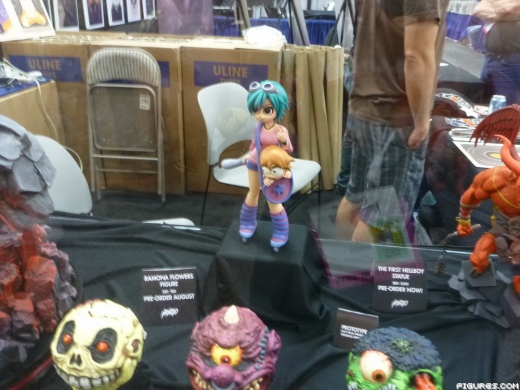