You can’t go to Comic Con without spending at least an hour drooling over everything that Sideshow has to offer. This year there’s almost too much stuff to talk about. First up, they had the in person reveals of both their new He-Man and SKeletor statues. They are just as amazing as the pictures teased. The same can be said for the unpainted prototypes on hand based on Ralph Mcquarrie’s Star Wars Concept Art. They are apparently the beginning of a line of statues that will include original concept art from several properties.

While it used to be Sideshow’s Marvel stuff that excited me the most, I’ve got to say that their DC offerings like their Red Son statue series, their new Joker Statues and the Catwoman Collection are trying to put a tractor lock on my wallet. That’s not to say that Marvel isn’t represented well at the show. Along with some great premium format statues of The Avengers, Loki, and Spider-Man, they’ve also got great 1:6th scale Deadpool and Punisher figures.

Interestingly, their non-comic based 1:6 scale figures left me a little wanting. While I loved the Beetlejuice figure, I noticed that all the figs (Beetlejuice, Indiana Jones, and Ash) had some issues with the likenesses.

Conversely, the new 1:6th scale offerings for Sideshow are great, especially the Jawas and Darth Maul.

One big surprise was their Voltron Prototype. I’ll try to get more info on it, because that thing is SICK! 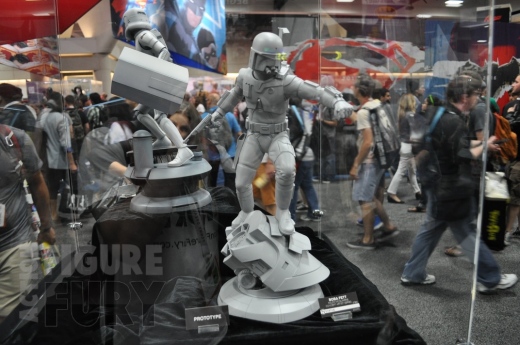 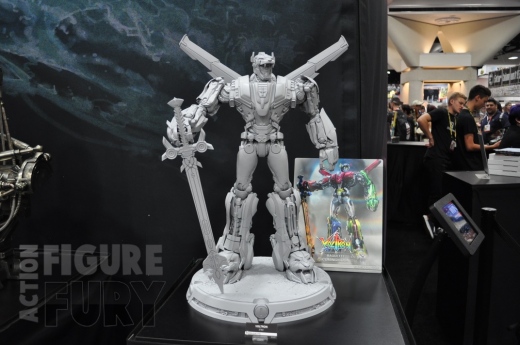 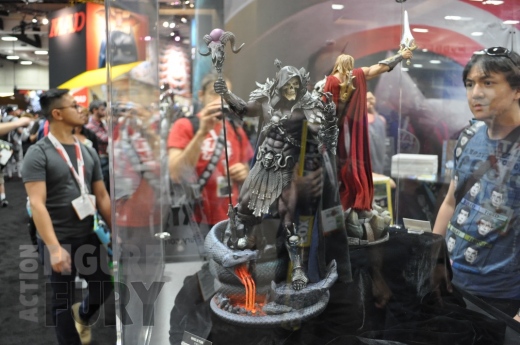