At a price of $799, it’s a little out of my range, but a bargain for anyone who considers themselves to be a true Batman fan.

At a price of $799, it’s a little out of my range, but a bargain for anyone who considers themselves to be a true Batman fan.

TO THE BATCAVE! Those three words evoke one of the most memorable interior locations in pop culture. Batman’s sanctuary, his base of operations, the nerve center of his activities – a mysterious subterranean lair that is equal-parts forbidding and exciting.

The Batcave has enjoyed many iterations over the years, both in print and on screen. One of the most enduring and iconic was the version that featured in the classic 1966 Batman TV series.

Now, at long last, we are proud to offer our fellow Bat-fans the opportunity to own a scaled version of our favorite location!
Because of the many variations in the Batcave seen on screen, our model does not attempt to duplicate a particular arrangement from a given episode or a specific scene. Rather it replicates the “feel” of the Batcave set as it is most commonly seen. The inclusion of movable elements allows you to customize the look of the cave around a core group of fixed parts, including the prominent ’atomic pile,’ which are presented in their most common positions.

The classic Batman TV series Batcave was a riot of color, with a uniquely 1960’s atheistic. Each model contains more than 16 LED lights, in a variety of hues, both fixed and animated, that bring the Batcave to life, including:

– Hidden floor lights, to emulate the large floodlights with colored gels that were used on set.
– A pulsating color change effect inside the Atomic Core.
– Flashing lights in select monitors and screens.

This model is not a static piece; it features a host of moving parts including:

– A turntable that can be manually rotated.
– Selected movable furniture that allows you to dress the set as you prefer.
– A faux rock door panel in the entrance tunnel that can be removed to allow access entry by the Batmobile. (Batmobile model not included).

You can pre-order the batcave HERE. 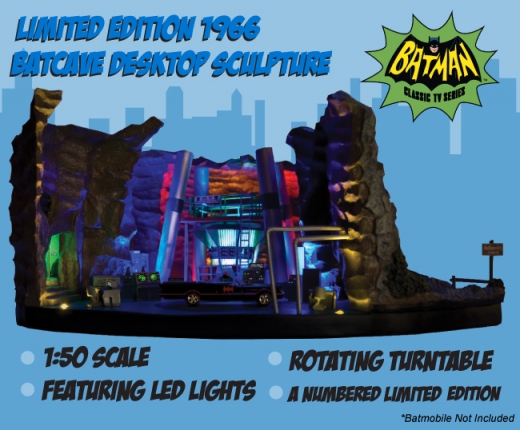 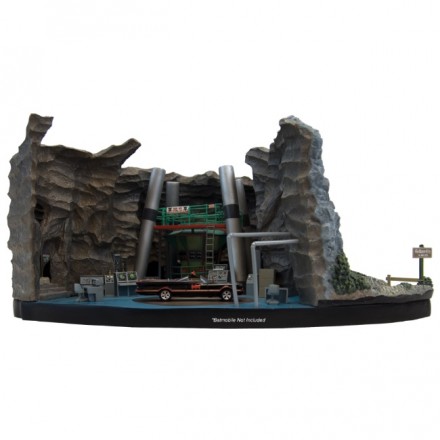 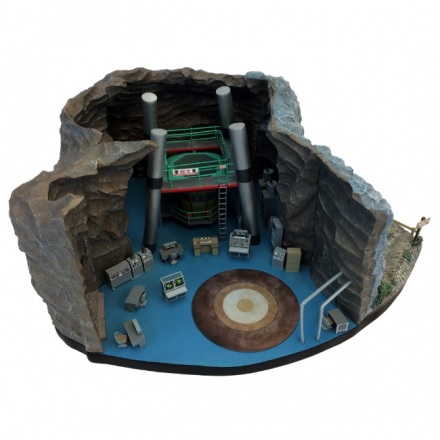 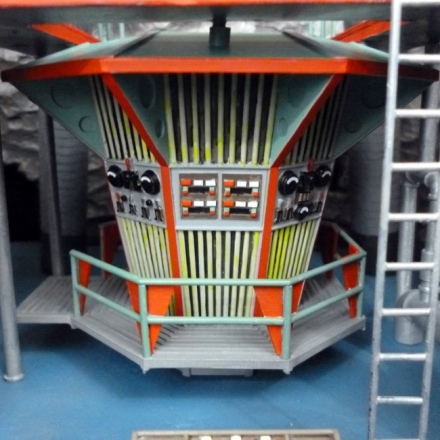 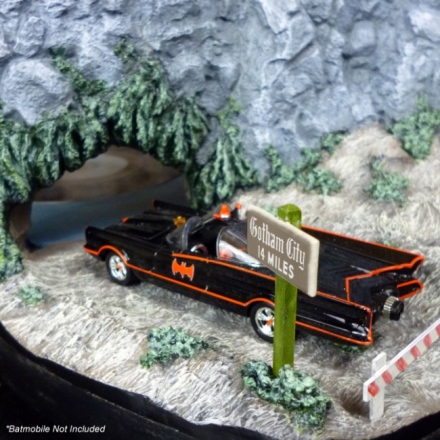 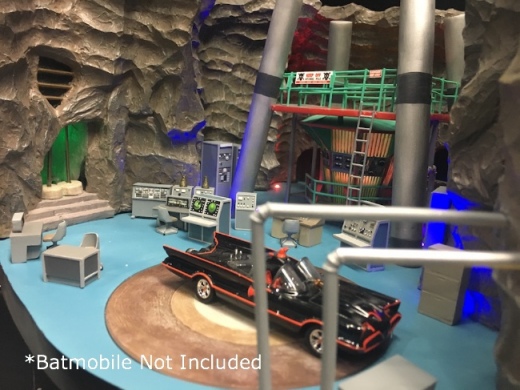