If you’ve ever felt that the only thing missing from your Walking Dead collection was a set of GI Joe style action figures, you are in luck!

If you’ve ever felt that the only thing missing from your Walking Dead collection was a set of GI Joe style action figures, you are in luck! Skybound and McFarlane are releasing the Shiva Force boxed set as an SDCC exclusive this year. The set, which is decked out like a series of 1980’s GI Joes will feature 5″ figures of the comic book versions of Rick Grimes, Michonne, Ezekiel and Shiva (the tiger), complete with classic Joe card backs! 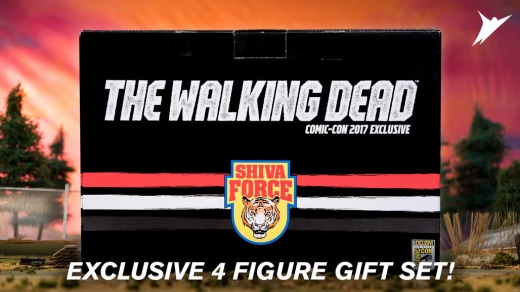 Skybound and McFarlane Toys bring you the most epic action figures of the summer. Straight out of an 80’s action flashback comes Shiva Force. This exclusive four figure gift-box features Rick Grimes, Michonne, Ezekiel and Shiva (action figure debut), featuring new Shiva Force paint deco. Each 5” tall figure is also individually packaged on a vintage styled card back with new painted artwork by Jason Edmiston. The Walking Dead Shiva Force four figure gift-box is available in regular color version and a bloody variant. These gift-boxes are limited to 1000 copies each and are priced at $100.

Keep an eye out for Shiva Force’s secret fifth member, Jesus! He’s only available in The Megabox from Skybound. Fans can sign up for the summer Megabox online now.

The Shiva Force will also be featured in Scopely’s role-playing mobile game The Walking Dead: Road to Survival starting on July 20 (San Diego Comic Con weekend). King Ezekiel will be available for free, starting on July 20 as well and running for a limited time. 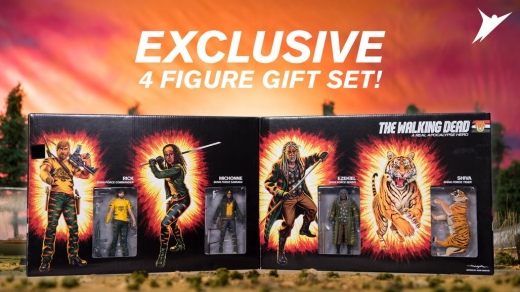 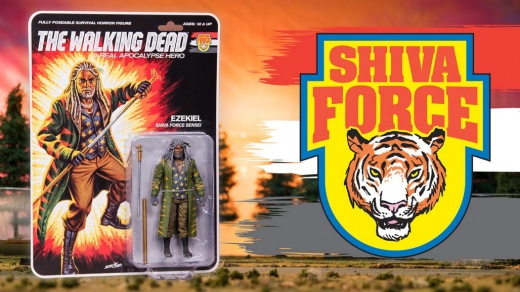 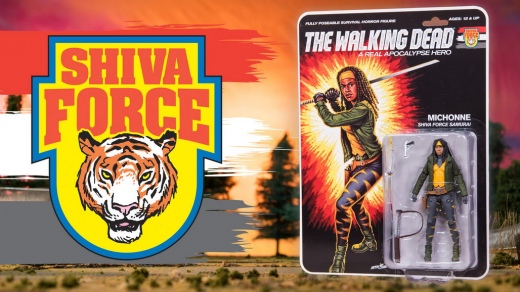 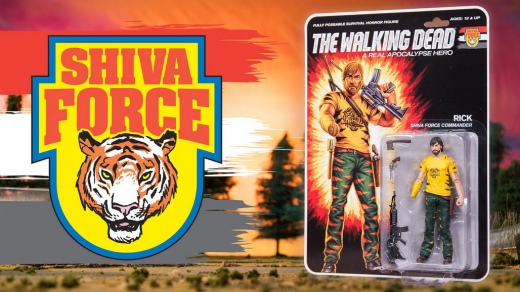 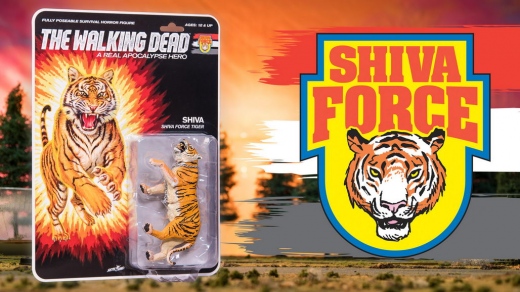