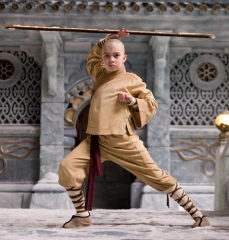 The deal will include a comprehensive live of products from action figures, vehicles to playsets. According to Spin Master, the line of products will utilize “innovative technology that will enable fans to live out their most memorable moments from this epic film.”

“M. Night Shyamalan and Paramount have done an incredible job of adapting the mythology of Avatar…into an imaginative and visually stunning live-action big-screen fantasy adventure film,” said Adam Beder, Spin Master’s vice president of licensing. “…It’s a natural fit for us to re-create the magic of the film into an original and creative new toy line that children will love.”

“There has been such a tremendous anticipation for The Last Airbender and we are thrilled to bring
a hugely innovative hit TV property to life through our partnership with Spin Master,” said Leigh
Anne Brodsky, President NVCP. “Our co-branded product line will dive in to The Last Airbender’s
rich storyline, and promises timeless play experiences for the original series’ super-fans as well as
new fans of the film.”

Mattel’s original Avatar: The Last Airbender toys fizzed when they decided it was smart to their bottom line to exclude female characters, hopefully Spin master won’t make the same mistake because females, believe it or not, do buy action figures (Just ask NECA and their Twilight series).