Cool toys, but sorry about the spoilers…

By now, we all pretty much knew that Ahsoka Tano would have a role to play in the season finale of Star Wars Rebels. Personally, I haven’t watched the new episode, so I don’t know how much of a role it is or anything else. All I know is that Hasbro unveiled the Ahsoka Tano and Darth Vader Figures today from the Star Wars Rebels line and they look so good that I had to share them with you. 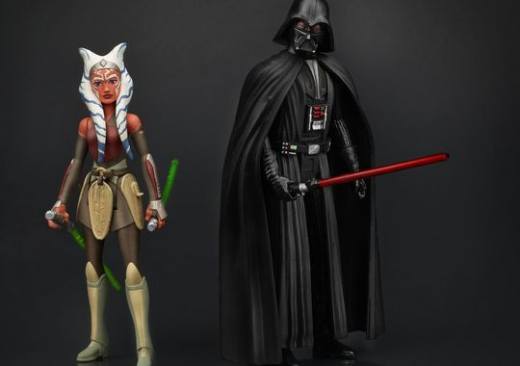