From Toy Fair 2012, here are some high-res promo images of Hasbro’s upcoming 3.75″ movie figures from “G.I. JOE: Retaliation.” We’ve seen some of these last week, but here are the complete assortment from Wave 1 to 5. For details, check out the official press release below.

G.I. JOE MOVIE 3.75-INCH ACTION FIGURES Assortment
(Approximate retail price: $7.99; Ages: 4 & up; Available: Summer 2012)
The live-action G.I. JOE movie, G.I. JOE: Retaliation, won’t hit theaters until June 2012, but you don’t need to wait to see the stars from the movie cast as G.I. JOE characters. The G.I. JOE brand invented the action figure category more than 45 years ago, and the G.I. JOE MOVIE 3.75-INCH action figures continue this great legacy. Figures are sculpted to match their on-screen counterparts, including Dwayne Johnson as ROADBLOCK, Channing Tatum as DUKE, and Bruce Willis as Joe Colton. Each figure comes with off-the-floor play such as ninja zip lines and projectile launchers. Multiple waves are set to be released throughout the summer and fall 2012. (Figures each sold separately.) 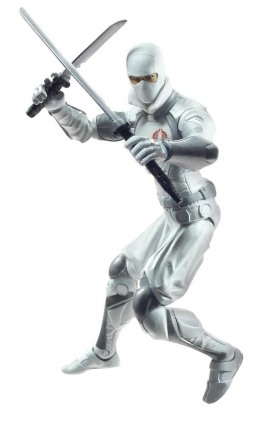